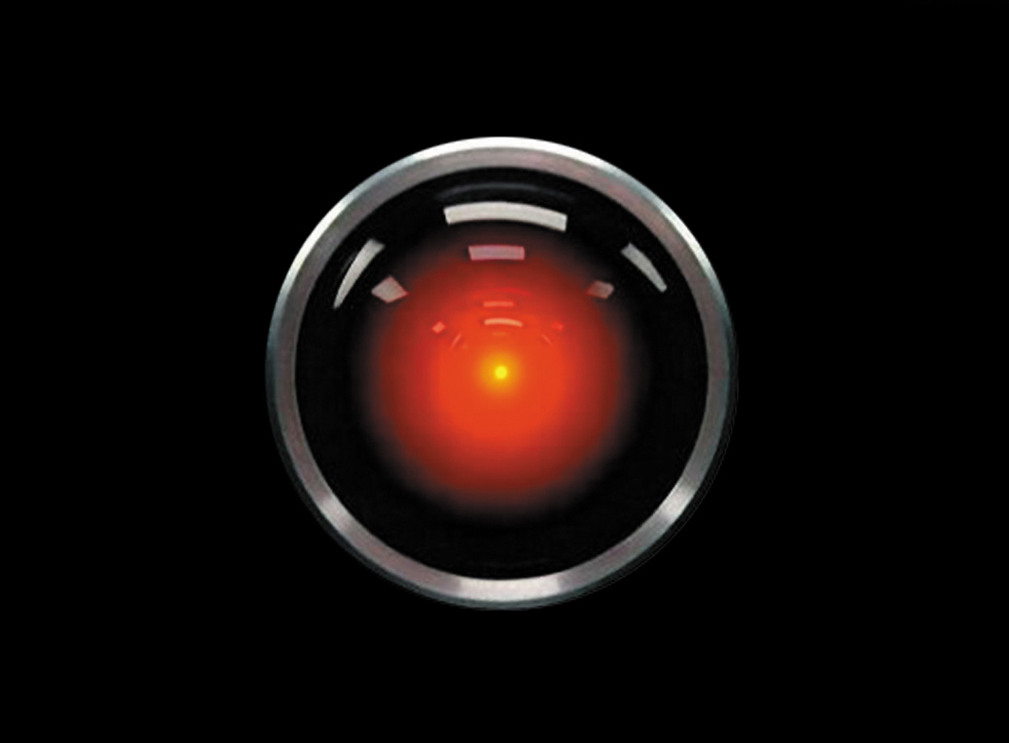 Stanley Kubrick had a lot of trouble getting the right voice for HAL in 2001: A Space Odyssey. He initially used the Oscar-winning actor Martin Balsam, but his Bronx accent wound up making HAL sound "a little bit too colloquially American," as Kubrick later decided.

So Kubrick turned instead to Douglas Rain, a Canadian stage actor who was a veteran of dozens of plays. It worked -- Kubrick got the weird, calm, eerie affect that made HAL so unsettling.

Part of what made things work? Apparently it was Rain's Canadian tonalities:

Kubrick was attracted to Mr. Rain for the role partly because the actor “had the kind of bland mid-Atlantic accent we felt was right for the part,” he said in the 1969 interview with Mr. Gelmis. But Mr. Rain’s accent isn’t mid-Atlantic at all; it’s Standard Canadian English.

As the University of Toronto linguistics professor Jack Chambers explained: “You have to have a computer that sounds like he’s from nowhere, or, rather, from no specific place. Standard Canadian English sounds ‘normal’ — that’s why Canadians are well received in the United States as anchormen and reporters, because the vowels don’t give away the region they come from.”

As a Canadian myself, this tickles me to no end.

There are plenteous other trippy details in that piece, including the fact that since HAL's performance was recorded after all the other scenes were in the can, Kubrick got Stefanie Powers to read HAL's lines during the shoots! And then this ...

Anthony Hopkins has said it influenced his performance as the serial killer Hannibal Lecter in “The Silence of the Lambs.” Douglas Rain himself has never seen “2001: A Space Odyssey.” For the retired actor who spent decades at the Stratford Festival and turns 90 in May, the performance was simply a job.