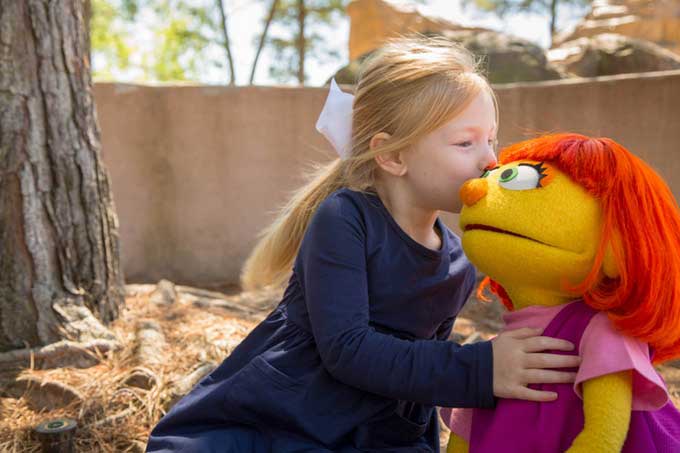 This looks like a worthy cause -- Sesame Street is seeking $75k to fund its Autism Initiative to prevent bullying.

We’ve mapped out a multi-step plan to address bullying as it affects the autism community – starting with an enhanced digital storybook. Drawing on an extensive body of research, we’ll create a kid-appropriate story about understanding differences using everyday activities and play. Like our other Julia storybooks, it will offer parents and caregivers a safe and accessible starting point for deeper conversations with their children.

Contributions to the campaign will fund:

Our initial goal of $75,000 will allow us to do the above. But there's more we can do, too. If we reach our first stretch goal — $150,000 — we’ll be able to create a printed storybook version of the story that we’ll distribute free of charge to 40,000 kids via our growing network of partner organizations. We’ll get all these resources in the hands of kids and families by April 2019.

As the Brexit deadline draws nearer and the UK Conservative Party continues to fracture over the catastrophic failure to achieve any kind of deal with the EU, Tory Members of Parliament have begun to shower abuse on Prime Minister Theresa May, warning her that she faces a fate similar to Jo Cox, the Labour MP […]