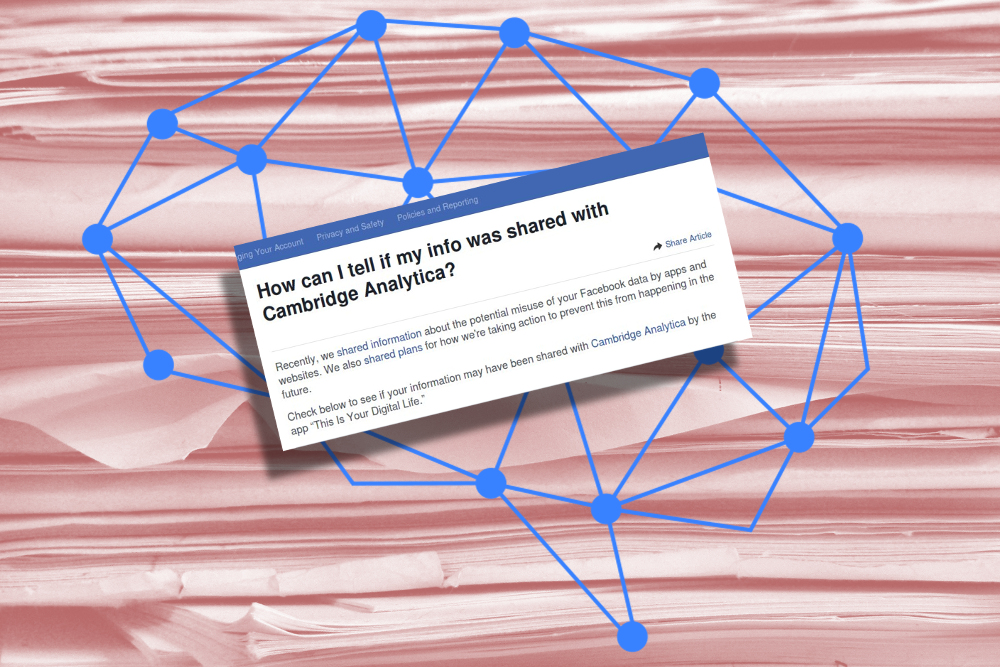 Want to know if Facebook let Cambridge Analytica steal your person information? here's the company's form to check, but you'll need a Facebook login, so it won't work if you've already done the right thing (that is, #DeleteFacebook). (Image: hobvias sudoneighm, CC-BY) (via The Verge)