This much easier way of threading a needle works like magic 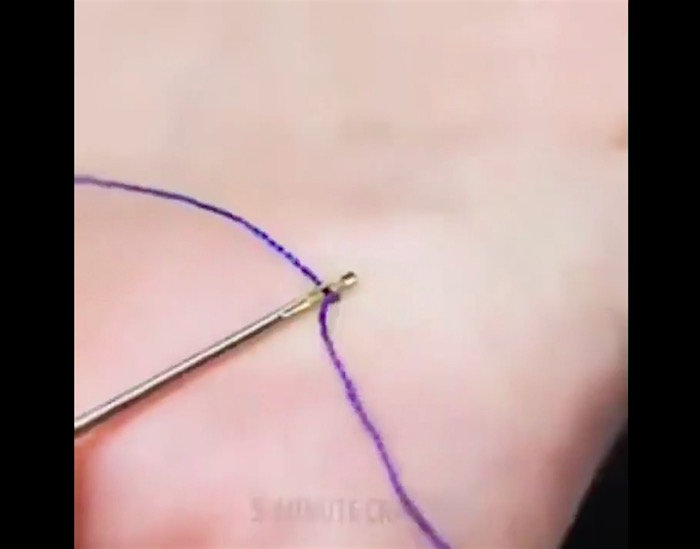 Most of us make several, if not dozens of attempts to stick the wet tip of a thread into a needle's minuscule hole, and what I don't understand is why the alternative method below isn't more popular.

Take a look at Twitter user John Bick's video. As one commenter asks, What type of sorcery is this?

That awkward moment you realize you did it wrong your whole life. pic.twitter.com/oi8vKbMyvY

What type of sorcery is this? https://t.co/uI2jQJAv5l

ASAP Science provides some excellent tips for intensive, last-minute studying of just about any subject where you need to remember a lot of information. The video covers a lot of ground, from memory palaces and cortisol to metacognition to other things I can’t remember because I didn’t study enough.

Smart hack to easily hang a picture using a fork

Genius! A serving fork would be useful for taller frames. (Creative Ideas via Kottke)