A stationary exercise bike that looks like an old school cruiser 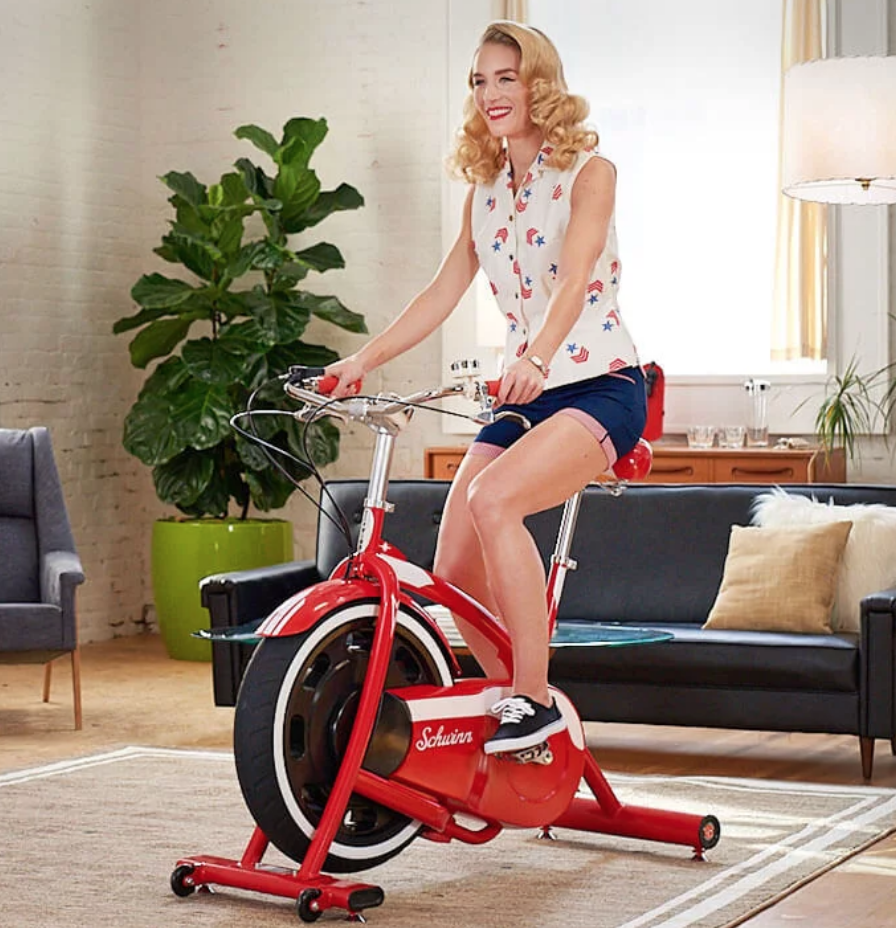 The Schwinn Classic Cruiser may well be the coolest indoor fitness bike out there. It's not only snazzy to look at but it's also Bluetooth-enabled.

For $799, you get the retro red stationary bike along with an app that allows you to "ride through a 1950’s town while delivering newspapers & avoiding obstacles." For another $99, you get the accessory kit which includes: a "'Cruisin' license plate, Schwinntastic red and white streamers, retro bike horn, water bottle and mountable water bottle holder."

Huh, I had no idea tiger tails for the back of bicycle seats were even a thing. But, according to Loyal Supply Co., the design company behind this one, it’s a throwback to an old 1959 ad campaign for ESSO fuel. “Put a tiger in your tank,” the message read. A simple advertisement spawned a […]

This purple and black deck of cards is absolutely lovely. I like to tell myself that decks with lovely and unexpected art work distract people from mistakes as I’m performing sleight of hand. Mostly, I just like fancy decks of cards. Limited Edition Karnival Midnight Purple Deck Playing Cards by Bicycle via Amazon Image courtesy […]