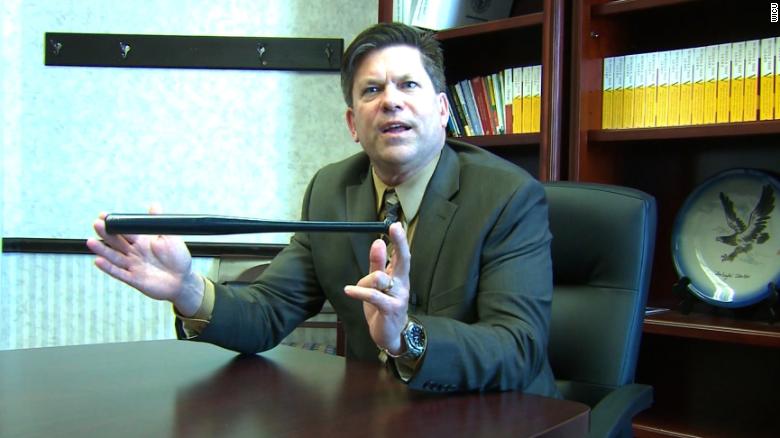 William Hall, superintendent of the Millcreek Township School District, displays one of the miniature bats given to teachers. via CNN

Pennsylvania will soon likely have a shortage of school teachers and a lot of extra billy clubs laying around.

After the shooting in Parkland, Florida, a school district in suburban Erie, Pennsylvania, began formulating a school safety plan. Among its measures: handing out miniature wooden baseball bats to all 500 of its teachers.

In an online message, Millcreek Township School District Superintendent William Hall said the bats "could be used as a tool against an active shooter just like any other item in the immediate room," adding that they will remain locked in the classroom and "are only to be used/available in a hard lockdown situation."

On social media, however, the idea is being roundly mocked.