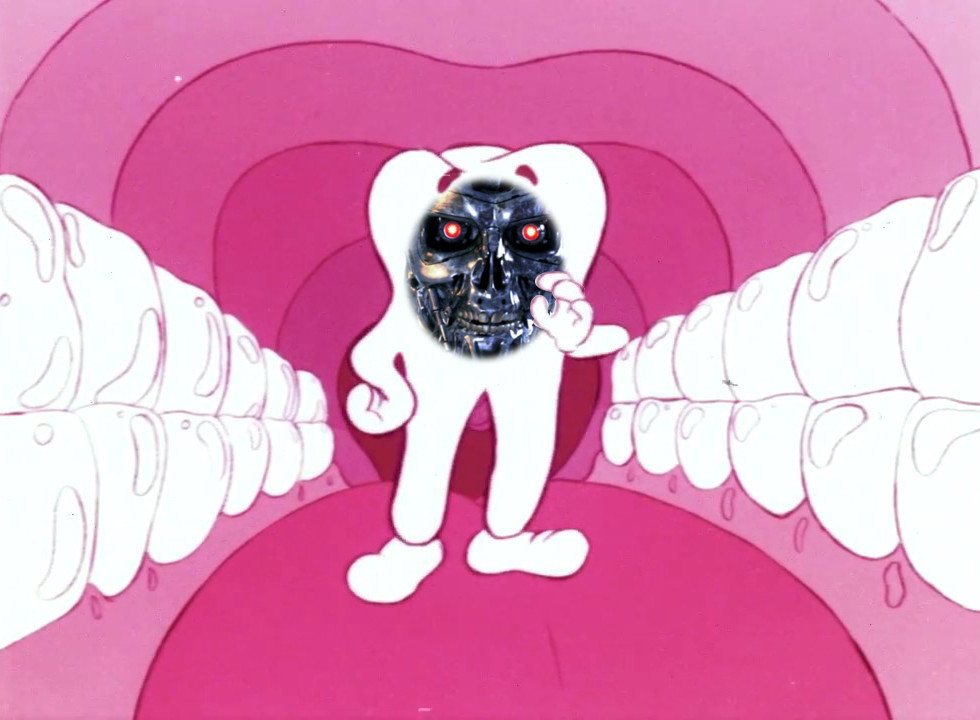 Wolf Richter's dental insurer sent his family a free "smart" toothbrush that records how often and how well you brush, using a set of proprietary consumables to clean your teeth.

Richter discovered that not only did his toothbrush rat on him, his insurer was paying attention: when he failed to unbox and start to use his toothbrush, the insurer started unsubtly prodding him to start. The fine-print for the toothbrush and its app is your basic shitty you-agree-to-let-us-spy-on-everthing-and-sell-it Internet of Shit EULA.

Richter can see where this is going; just as it's becoming harder to get auto insurance without putting a spy-box in your car, we're headed for a future where you won't be able to get dental insurance without submitting to close oral surveillance.

What’s next? The day when we cannot get dental insurance without Internet-connected toothbrush.

There are many people who think nothing of it. They laugh at us. For them, we’re fossils that just cannot grasp the modern world where private life takes place on the Internet and is stored forever in the cloud. Formerly innocuous devices like toothbrushes, dolls, TVs, thermostats, fridges, mattresses, or toilet-paper dispensers, that are everywhere around the house, will see to it that more and more personal and even intimate data gets uploaded to the cloud as the Internet of Things invades not only our home but our body cavities.

For now, our household is still able to at least partially block this intrusion. But there will be a day when we will be forced to surrender our data to get health insurance, drive a car, or have a refrigerator and a thermostat in the house. This is where this is going. Why? Because data is where the money is. And because many consumers are embracing it.

Our Dental Insurance Sent us “Free” Internet-Connected Toothbrushes. And this is What Happened Next [Wolf Richter/Wolfstreet]