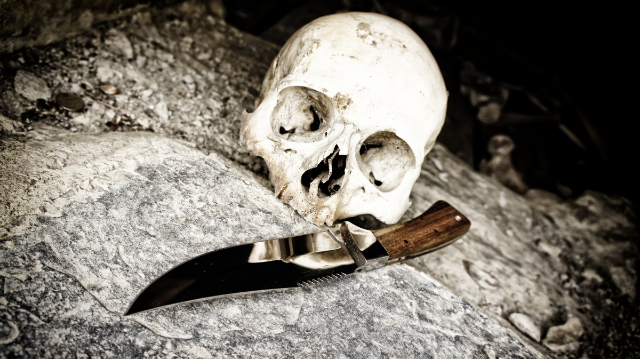 Further analysis of the man's bones points to the use of a prosthesis. Bony healing tissue called callus formed around the ends of the bone, which likely formed as the result of frequent biomechanical force. Supporting archaeological evidence exists in the form of a knife, a cap on the stump, and a D-shaped buckle with decomposed organic material around it, likely leather. Other male skeletons found at the site were buried with their arms by their sides, but T US 380 had his right arm placed across his torso, and a knife blade with the butt aligned with his amputated wrist.

It's not clear what the man may have used the knife for when he was alive, but I need to believe it had something to do with fighting Deadites and the possibility of securing an ancient magical book, charged with the power to send him to the future.