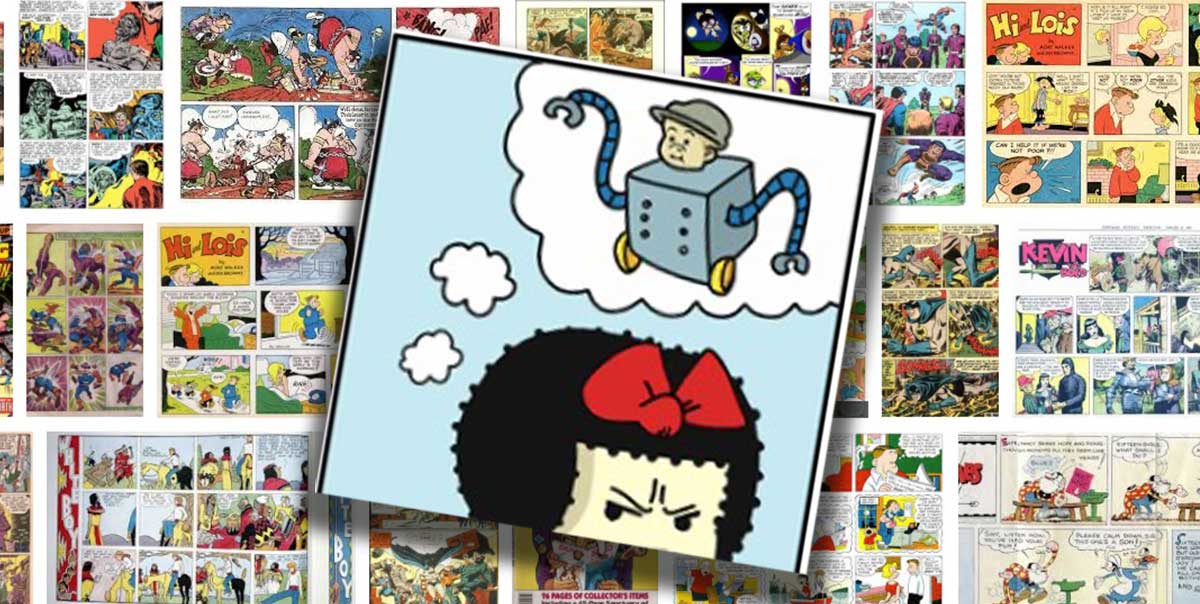 I haven't read newspaper comics in years, and I was surprised that Nancy is still around. Yesterday's strip was about computational propaganda. I like the image of Sluggo as a bot and would like it in a T-shirt. The 123 comments on this particular strip are lively. Here are a couple of examples:

I don’t see this as being anything close to what Bushmiller – or Gilchrist – would have written, or anything close to funny. I think the new artist/writer is terrible at both. And Nancy and Sluggo continue to have the yellowish green skin that makes them appear to have a severe case of jaundice. The syndicate made a bad choice for the new artist/writer and will have to rectify that soon or this comic strip will go down the tubes. -- Oldiesfan

@Oldiesfan: Read the “Nancy Classics” archives and do some intensive Google/Google Image searches for some of the old Bushmiller strips; then make your decision. I remember the Bushmiller era very well and even have some of his “Nancy” comic strips in the digest book form that was available back in the 1960’s and 1970’s (I think from Fawcett-Crest or Dell or one of those outfits), much like the “Peanuts” strips were. I can attest by comparison that today’s strip jives pretty well with what Bushmiller often did, with the employment of visual gags like the one in the last panel. Quite often Nancy would get into a disagreement or fight with Sluggo and imagine him in some unflattering form or other as a consequence. It’s entirely possible that Olivia may have taken a few premises from some old strips and put her spin on them (even if just to throw some of us old-timers a bone), in addition to inventing new gags of her own. -- Kaiserfrazer67

The next afternoon the phone rang. “Hello?” came the unmistakable voice. “This is Jerry Lewis and I would be honored to write a foreword for your book.” Only hours before; with zero expectations, we had dropped our (then-slender) draft into a Fed-Ex envelope with a brief query. Might Mr. Lewis kindly consider writing a Foreword […]

He’d come in third in a two-horse race

My failed attempt to draw the Nancy comic strip

Nancy is a harsh taskmaster; resuscitating it was a grueling task, but the challenge was invigorating and edifying. By drawing Nancy, I realized that every character (even the environment) in a strip is the cartoonist and is invested and imbued with the cartoonist’s life force.