"Pirate Water" and other fragrances inspired by Disney resorts 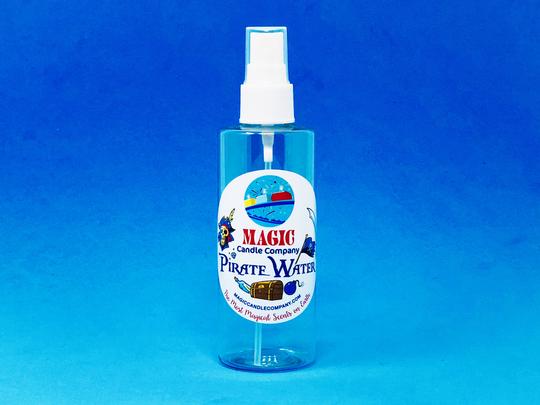 We've seen Disneyland-scented candles before but now there are new contenders in the category of "Things that smell like something you'd find in a Disney resort."

While the Magic Candle Company in Kissimmee, Florida is not affiliated with Disney in any official way, they have made an entire line of candles, wax melts, and spray-on room fragrances that smell like something you'd find in a Disney park.

I think the funniest one is this "Pirate Water" which is scented like the "musty, damp smell" of a familiar "dark water ride" (ie. the Bromine-filled waters of the Pirates of the Caribbean ride).

Take a whiff down memory lane with their other (completely unofficial and unsanctioned) scents like: Pinocchio's Village (a "powerful aroma of pistachio nuts, almond, honey, heliotrope, and rich, creamy vanilla custard"), Churro ("cinnamon, sugar and hints of bergamot and creamy dark chocolate"), and the Pineapple Float (they write, "'Dole' out a smile every time you smell our Pineapple Float fragrance").

There's also something called Walt's Office which is the "warm and spicy aroma of cured pipe tobacco."