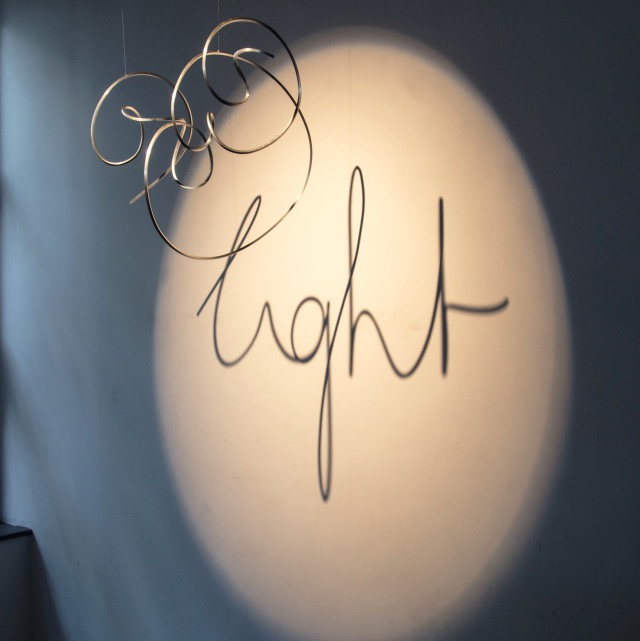 Sculptor Fred Eerdekens created aluminum and copper works that look like abstract squiggles until lit from the right angle. When lit just right, each spells out a word.

On his site, he says:

I studied sculpting and ceramics. I also studied graphics at the same time and particularly enjoyed drawing at the academy. I tried to combine those graphic and sculptural dimensions from the end of the ninteeneightees. I used to paint copper plates, for example, which you would normally use to create engravings or etchings. You’re also working with reversal, mirroring, positive and negative in that printing process: the common thread in the works I created at a later stage.

He also does complete sentences in the similar style.