Copy of Action Comics #1 could fetch $600k at auction 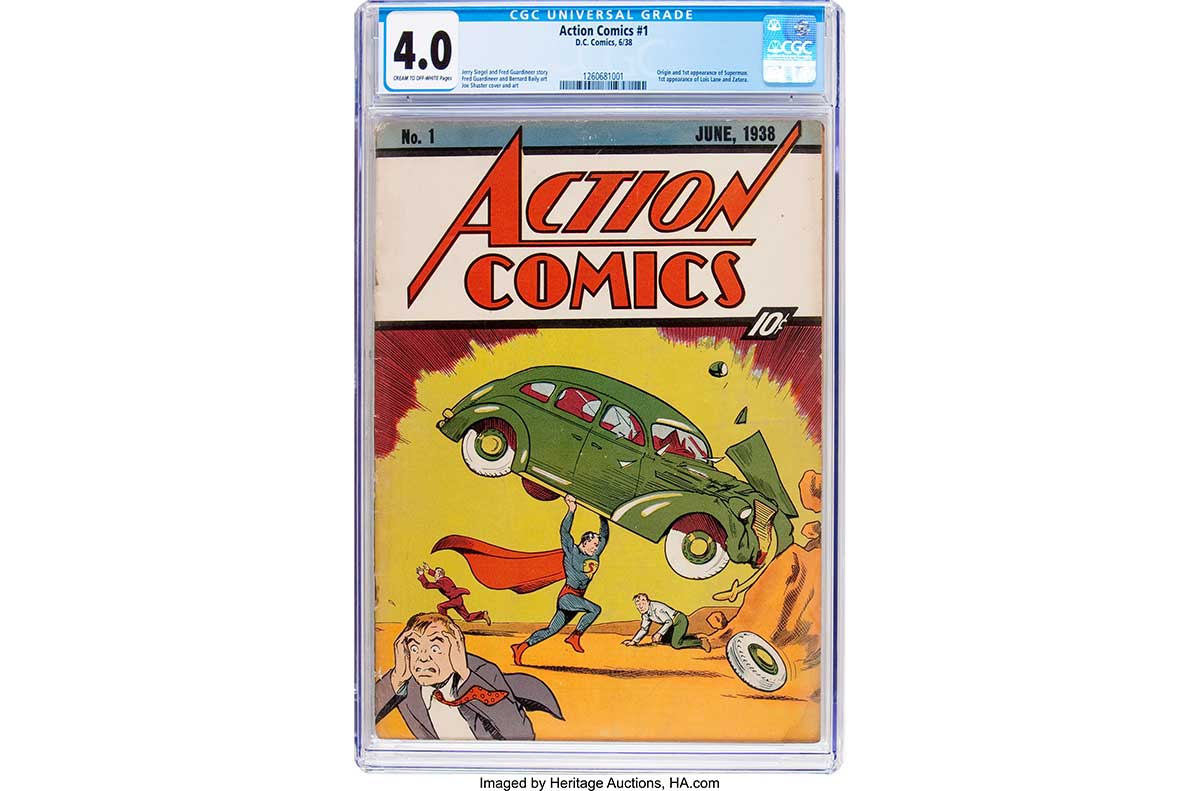 A copy of Action Comics #1 (1938), featuring the first appearance of Superman, is on the auction block. The current bid is $300k and Heritage Auctions says it could go up to $600k or more.

top-lot honors at Auctions’ Comics & Comic Art Auction May 10-12 in Chicago in what could be the most lucrative comics auction ever held.

“This auction has a chance to be among the largest comics auctions of all time, if not the largest,” Heritage Auctions Comics Director of Operations Barry Sandoval said. “It will be in a vibrant city that is easy to reach from just about anywhere, and we have an extremely strong collection of valuable comic books that will draw the attention and interest of comics collectors from just about everywhere.”

Action Comics #1 (DC, 1938) CGC VG 4.0 Cream to off-white pages (est. $650,000+) is among the most coveted comic books in the hobby. The issue generates major interest regardless of its condition, and this is one of the highest-graded copies ever offered by Heritage Auctions. Ernst Gerber's The Photo-Journal Guide to Comic Books rated it "scarce,” and CGC's census lists just 40 unrestored copies. The first appearance of Superman launched the Golden Age of Comics, and every superhero that followed is in debt to the character created by writer Jerry Siegel and artist Joe Shuster (artist). The issue also sits atop Overstreet's “Top 100 Golden Age Comics” list.

I've got my eye on this page from Steve Ditko's Ayn Randian superhero, Mr. A, a grimly vengeful Objectivist who looks like Bob Dobbs after swearing off 'frop: