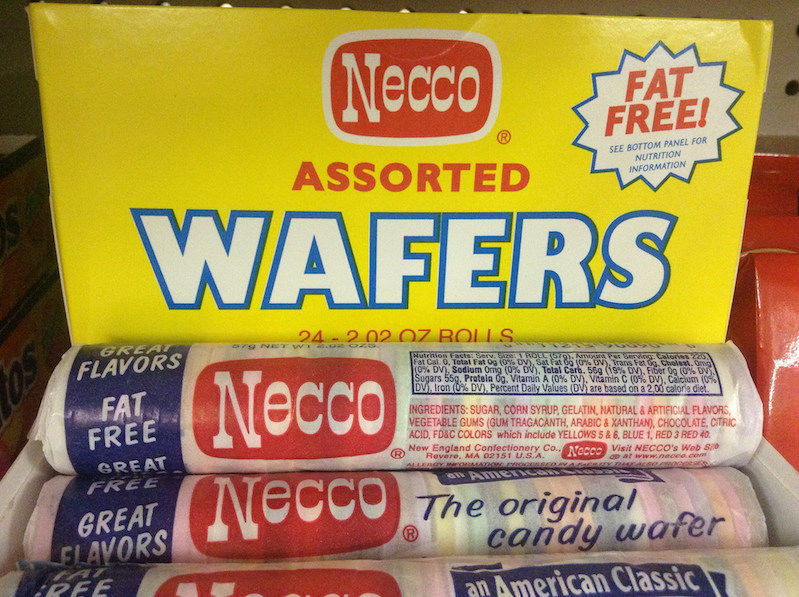 Since 1847, non-discerning Americans have been eating slices of flavored chalk branded as NECCO wafers. With the company possibly closing soon, they're panic buying the inedible grim-tasting "candy" to torture one last round of guests or trick-or-treaters with their terrible taste in candy.

The same Puritans who dreamt up eels and corn as a side dish probably thought NECCO was delectable. Luckily, their totally realistic $20 million GoFundMe campaign appears to be doomed as well.

If you'd like to make your own NECCO once they close, here's the secret recipe:

Mix together and press into thin wafers. Best if used in the first 150 years.

During a promotional event for the movie Sonic the Hedgehog, Jim Carrey was asked by Heat Magazine's Charlotte Long if the actor had anything remaining on his bucket list (things one wants to do or see in life before "kicking the bucket"). "Just you", he replied.

On the Under the Knife show, Dr Lindsey Fitzharris elucidates the weird history of "anthropodermic bibliopegy," the weird practice of binding books in human skin, including the doctor who bound case histories in the skins of his dead patients, and the murderer who asked to have his biography bound in his skin and presented to […]