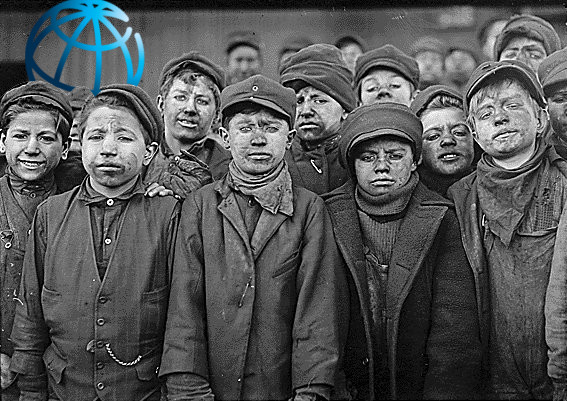 A draft of the World Bank's annual flagship World Development Report says that its creditor-states (the poorest countries in the world) should eliminate their minimum wage rules, allow employers to fire workers without cause, and repeal laws limiting abusive employment contract terms.

The bank argues that this is necessary to stop employers from simply investing in automation and eliminating workers altogether.

The report does not contemplate the possibility that the world's governments would just raise taxes on corporations and their investors to provide for all their citizens.

Poor countries -- especially decolonized countries -- are often in debt to organizations like the World Bank and International Monetary Fund, sometimes because they were forced to literally buy their freedom (like Haiti, whose slave-descended population had to remit a sizable portion of its annual GDP to the descendants of French slavers until 1947), sometimes because their wealth was looted by colonists during and after the colonial period, and sometimes because rich creditor nations were complicit in the exfiltration of the nation's treasure by gangster-politicians, a practice that continues to this day.

Countries generally carry more debt than they can hope to repay, and teeter on the brink of continuous default, putting them at the mercy of creditor-organizations, who can order changes to national laws, sell-offs of public industries and assets, and other measures that further reduce debtor-states' ability to prosper, creating more debt and deeper concessions.

The World Bank's recommendations feel like the beginning of the end-game of late-stage capitalism, a recognition that the post-war era in which cruel exploitation of workers was considered a bug rather than a feature is drawing to a close, and a return to a kind of market feudalism, where property rights -- no matter how corrupt their origins -- always trump human rights.

Five years ago, the World Bank’s 2013 World Development Report concluded that labour regulations had little or no impact on employment levels, but the draft for the 2019 WDR says that if workers are expensive to dismiss, fewer will be hired. “Burdensome regulations also make it more expensive for firms to rearrange their workforce to accommodate changing technologies.”

The report is being prepared amid growing speculation about the impact of artificial intelligence and automation on employment and wages in future decades.

“Rapid changes to the nature of work put a premium on flexibility for firms to adjust their workforce, but also for those workers who benefit from more dynamic labor markets,” the draft says.

Bakvis said the draft “puts forward a policy programme of extensive labour market deregulation, including lower minimum wages, flexible dismissal procedures and UK-style zero-hours contracts. The resulting decline of workers’ incomes would be compensated in part by a basic level of social insurance to be financed largely by regressive consumption taxes.”