Man on forklift prevents keg of beer from hitting the ground 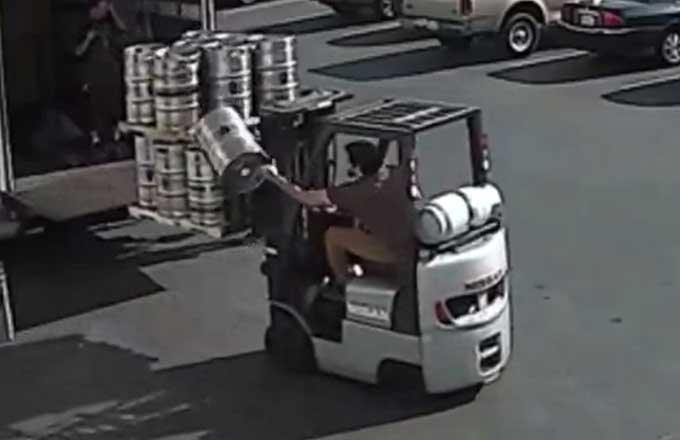 I hope this forklift driver didn't hurt his shoulder when he saved a keg of beer from falling to the ground.