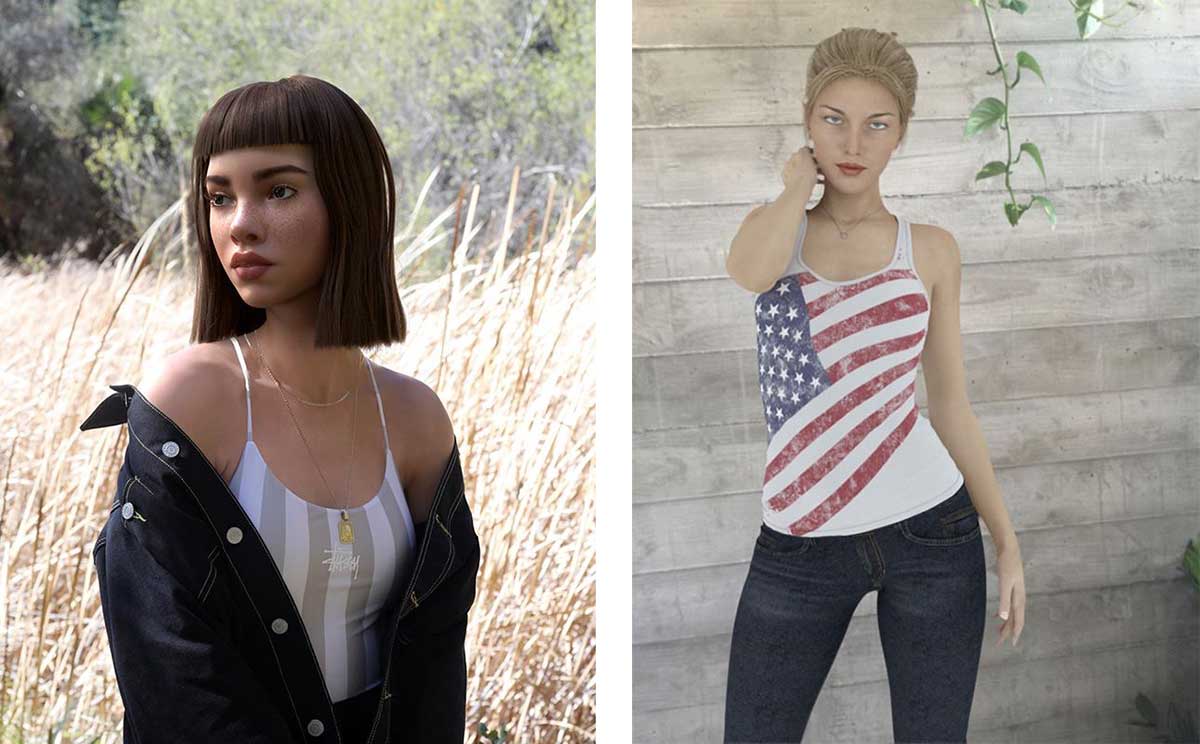 Miquela Sousa and Bermuda are computer avatars with Instagram accounts. The humans who post on their behalf are anonymous.

Last week, Sousa's account appeared to have been hacked by someone who removed all of Sousa's posts, replacing them with photos of Bermuda.

It smells like a stunt. The Cut attempted to get to the bottom of it, but nothing they unearthed makes much sense:

Let’s start with what we know. Or what we think we know. Lil Miquela says she’s not human. Yeah, no kidding. It seems obvious, but if you look the comments on Lil Miquela’s Instagrams, her fans interact with her as though she’s a living, breathing person. In fact, when she was “hacked” by Bermuda, many cried: “Bring back the real Lil Miquela!” So, fine. Maybe people needed to hear this again: Lil Miquela is not real.

But what is she then?

Here’s the “real story,” according to Lil Miquela’s most recent post: She was built in Sillicon Valley by a “literal genius” named Daniel Cain in order to be a “servant.” (Reminder: Neither Daniel Cain nor his company are real, as far as we can tell.) Lil Miquela was then “stolen” by another company called Brud, which told her that she was “created based on the life and mind of a human named Miquela Sousa.” She was given Miquela’s memories, her mind, her personality. Brud also said that they’d “re-programmed” her to be “free.” (Hold on, is this the plot of Ex Machina?)

In actuality, though, Miquela Sousa never existed. Lil Miquela and her friends are simply “robots” — her word — created out of thin air and used to make money. (For what it’s worth, when asked if Lil Miquela, was, in fact, a robot, a source replied, “Loll no!!!!’” She’s CGI.)

At end of the day, this whole stunt seems like a neat way for Lil Miquela’s creators to continue to profit from her existence with record deals and sponsored posts (which, unlike real-life influencers, she’s never disclosed before), while making it seem like she isn’t in it for the money.

Of COURSE Miquela deletes my posts the second I give her the account back. Even after all that she’s still running from the truth. 47 hours left @lilmiquela. Soon there will be no lies and everything will be revealed. Here’s a recap of today’s work. I’ll always be honest with you guys + make sure you have the info you need ? #teamBermuda #BermudaHive #hotterinBermuda #Bermudatriangle #theNextStep #discourse #learntotalk