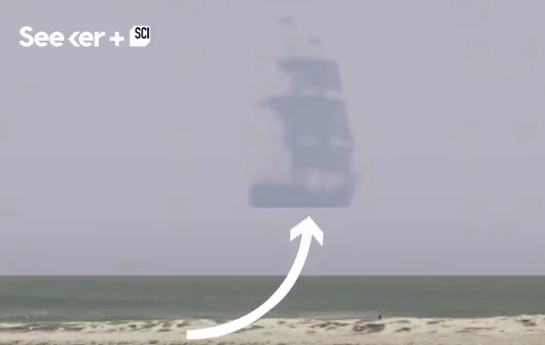 A Fata Morgana is a spectacular optical illusion in which you may see boats floating above the sea or city skylines in the clouds. (The term is named after the Arthurian sorceress Morgan le Fay as her castle was said to hover above the coast of Sicily.) In the video below, Seeker explains the science behind the magic.