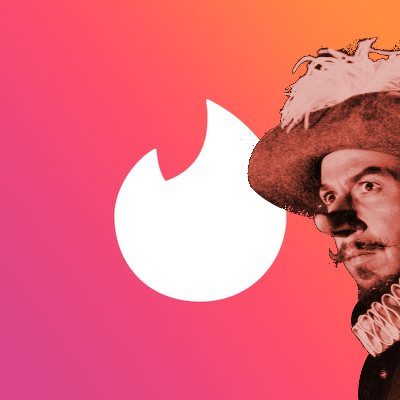 Closers are paid $1.45/session to log into (usually) men's dating-app accounts and flirt with the women in their queue for 10 minute stretches, as part of a gig-economy company called Vida (Virtual Dating Assistants).

To be a Closer you need "good Tinder skills" -- to be a good writer, who is "ethically flexible." Vida also pays "Profile Writers" to create Tinder profiles on behalf of clients; following a recipe book that contains proven one-liners related to their clients' interests (for example, if you tell your Profile Writer you love dogs, they choose some dog-related lines from a company bible and paste them into your profile).

The Closers also follow manuals: the founder of Vida is a self-professed "dating expert" named Scott Valdez whose books -- titles like "Women On Demand" and "The Automatic Date Transition" -- are the reference texts for the Closers.

A third kind of Vida worker is the "Matchmaker" who sends "low-cognitive load" pickup lines (" A beautiful seaplane. A suitcase full of cash. And a dashing co-pilot. Whereto?") to dating prospects on behalf of their clients.

Closers aren’t paid for the time they spend waiting for new messages, so I reread my clients’ intake questionnaires in order to bill my base salary of $12 an hour. Every client must answer 50 or so questions about themselves when they first sign up and go through a 90-minute interview, supplying Profile Writers and Closers with nuggets of mundane information. Most of it is useless when it comes to fuel for flirtatious banter—like “I took piano lessons until I was 5 years old,” or “I had fun at my sister’s wedding”—but these lifeless anecdotes are all we have to draw from.

Several times a day, female staffers receive Photo Ranking Requests, in which we rank new clients’ photos in order of attractiveness. This helps Matchmakers select which photos to use when building or updating a client’s dating profile. “We don’t like to declare that this client’s a 9, this client’s a 6, or compare our clients in any way,” Valdez said. “We do, however, rank the attractiveness of a single client’s photos against one another. We just employ a data-driven ranking process for choosing the most attractive pictures…We do this internally to determine a client’s optimal photo lineup.” He mentioned that OkCupid used to run a similar service, and Tinder can also optimize your photographs so that the most popular are shown first.

You could be flirting on dating apps with paid impersonators (via /.)