In a time of "driving while black," the Negro Motorist Green Book gets a new edition 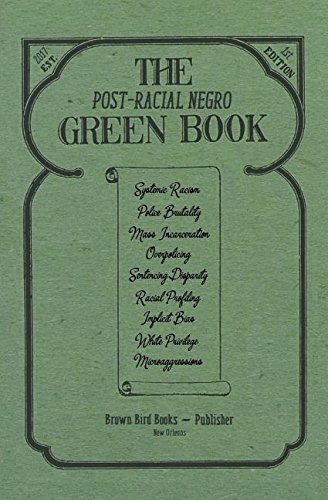 The Negro Motorist Green Book was a series of annual guides for African-American drivers and holiday-makers who wanted to know where they could find gas-stations, restaurants and hotels that would serve them and which "sunset towns" they should avoid on pain of violence from corrupt, racist law-enforcement.

The Green Books have taken on a new cultural relevance; they play a central role in Matt Ruff's outstanding anti-racist Lovecraftian tale Lovecraft Country (which is being adapted by Jordan "Get Out" Peele for the small screen).

Miles created her Green Book as a way of coping with an onslaught of news about racist violence and discrimination; rather than being a passive observer of the news, she did something to process it (this is how I deal with the news, too -- Boing Boing is both a public notebook and a personal way of reflecting on the news rather than letting it get on top of me).

She calls it "a snapshot of contemporary racism in America."

It's timely: the NAACP just released its first-ever travel advisories, warning black people to avoid both Mississippi and American Airlines.

“There was so much information coming at me that I felt like I was being inundated with these stories,” Miles told me during a recent phone conversation, recalling for example the 2016 police shooting and killing of Alton Sterling in Baton Rouge, Louisiana, “I thought someone needs to be keeping track of it. So I self-appointed myself as the historian of this history. I wanted to create a record of what is going on.”

Miles, who has a law degree and worked several years in New York City’s publishing circles, wrote and self-published The Post-Racial Negro Green Book last year, meticulously documenting and fact-checking racist activities on a state-by-state basis between the years 2013 and 2016. Her hope is that the book will draw increased public attention and a level of sustained concern about the racist outrages that now flicker past Americans on Facebook or Twitter as rapid-fire news items, only to be replaced within days — or hours — by fresh calamities.