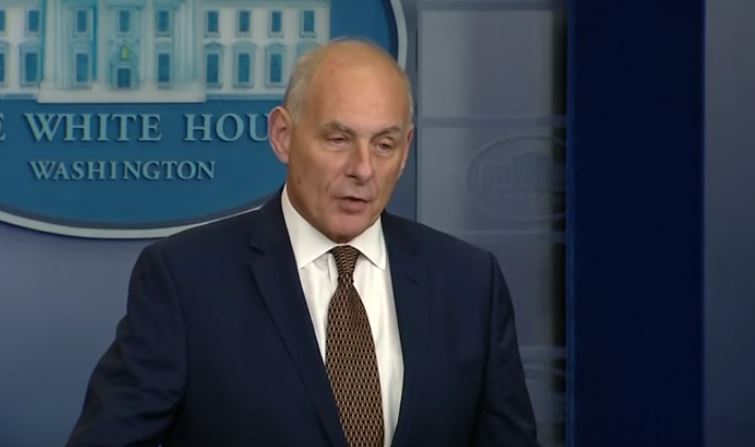 Chief of Staff John Kelly is said to have referred to President Trump as an idiot. Accurate.

John Kelly thinks he is saving the United States from certain disaster, reports NBC News naming eight present or former White House staffers as sources. Kelly is not expected to last in the White House past July.

The officials said Kelly portrays himself to Trump administration aides as the lone bulwark against catastrophe, curbing the erratic urges of a president who has a questionable grasp on policy issues and the functions of government. He has referred to Trump as "an idiot" multiple times to underscore his point, according to four officials who say they've witnessed the comments.

Three White House spokespeople said they don't believe it's accurate that Kelly called the president an "idiot," adding that none of them has ever heard him do that or otherwise use that word.

Officials said Kelly's public image as a retired four-star general instilling discipline on a chaotic White House and an impulsive president belies what they describe as the undisciplined and indiscreet approach he's employed as chief of staff. The private manner aides describe may shed new light on why Kelly now finds himself — just nine months into the job — grappling with diminished influence and a drumbeat of questions about how long he'll remain at the White House.