Is control over your life just an illusion? Here's a game that has you making life decisions based on the roll of a die 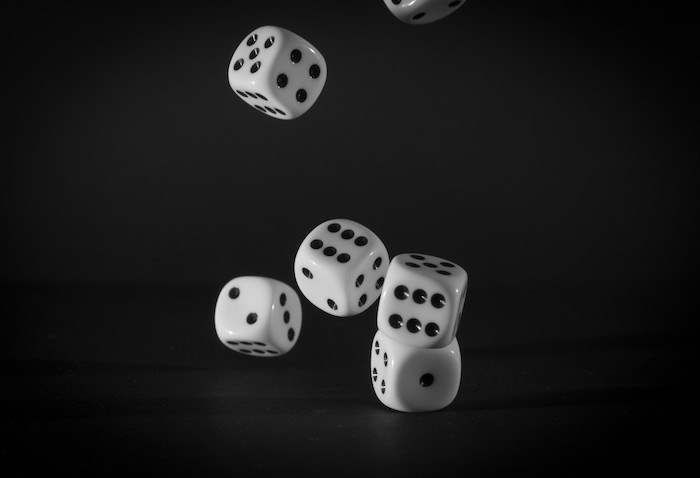 Here’s a provocative question to ponder: Do you believe in luck?

We generally believe we’re in control of our lives; we proudly take credit for our achievements and tell compelling stories about our intentionally designed successes. And that’s all nice and good — we indeed should enjoy our share of merit. However, the larger picture reveals that no matter how carefully and meticulously we plan our lives, we are all subject to unforeseeable, unexpected, uninvited, uncontrollable events that can make or break the day. In our complex world, Joseph Conrad's words sound truer than ever: “It is the mark of an inexperienced man not to believe in luck.” Luck is indeed a slippery notion, loaded with emotional, philosophical, and mystical connotations.

A few years ago, Nassim Nicholas Taleb packed two strong punches to our collective ego. With his influential books The Black Swan and Fooled by Randomness, he brought to wide attention how deeply randomness and unpredictability affect our lives and reality. This notion is confirmed in the recently published Scientific American article "The Role of Luck in Life Success Is Far Greater Than We Realized: Are the most successful people mostly the luckiest people in our society?"

Physicists Alessandro Pluchino and Andrea Rapisarda, together with economist Alessio Biondo, attempted to quantify the roles that luck and talent play in successful careers, using a mathematical model simulating the evolution of careers in a collective population over many years.

The results: “Even a great talent becomes useless against the fury of misfortune. ...In complex social and economical context where chance is likely to play a role, strategies that incorporate randomness can perform better than strategies based on the 'naively meritocratic’ approach. ... A growing number of studies based on real-world data, strongly suggest that luck and opportunity play an underappreciated role in determining the final level of individual success.”

Such conclusions may sound brutal to die-hard meritocrats, self-proclaimed self-made persons or delusional egomaniacs. For the rest of us, we can decide to play along and, while sharpening our axe, consciously incorporate chance into our lives. So here follows a favorite game of mine, that can be played alone or with others; all that is required is a six-sided die. Called The Dice Man, it is inspired by the 1971 book of the same name.

The Dice Man by Luke Rhinehart

A modern cult classic, The Dice Man is a zany, funny, existentially subversive novel. It tells the story of a psychiatrist living a bored and unfulfilled life who begins making decisions based on the roll of a die — leading him to a happier, more joyful life. The lucid perversion of using dice to navigate life, part of his crusade to liberate himself from the illusion of choice and control, was meant to hack his ego and undermine his personality. The Dice Man Game goes like this:

1. The next time you face a situation with multiple options available, compile a list of six actions you might potentially do. According to The Dice Man: “We all have minority impulses which are stifled by the normal personality and rarely break free into action.” Writing down a few different options is a way of acknowledging and recognizing the potential of the "minority impulse" that, in the end, may be a better choice than your ego can admit. Give yourself permission to explore some wild and far-fetched crazy shit.

2. Shake the die, roll it, and see which choice is decided. Then just go and do the action dictated by the die. See? It’s pretty simple. There’s a catch though: if you decide to roll the die, you have to actually perform the option the die indicates. Otherwise, don’t bother to seek the Wisdom of the Die. Thus speaks The Dice Man.

Sounds like a dangerous idea, doesn’t it? A bit like playing a prank on yourself or fooling around when something serious is at stake. But it’s an alluring game, imbued with a sense of risk and adventure. Generating a random option can be liberating! It can spice up a routine and surprisingly make your day. A branching multiverse is just a dice roll away. Good luck.