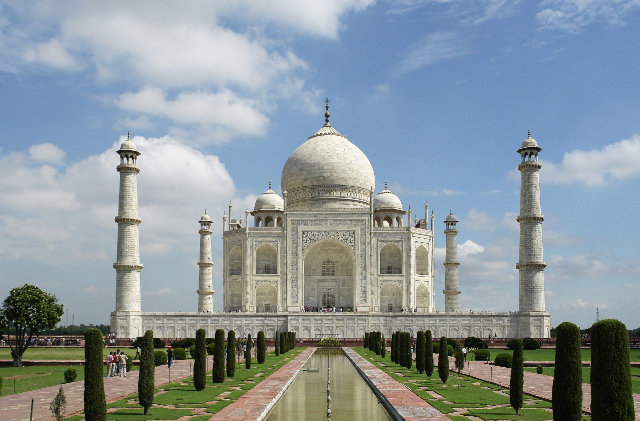 For its part, the Indian government has moved to protect the Taj Mahal in the past: it forced the closure of thousands of factories near the site in an effort to protect the building and grounds from pollution. Unfortunately, fighting pollution in the area is an uphill battle. The mausoleum, located in the city of Agra, sits adjacent to the Yamuna River. The river is rife with raw sewage, which attracts hordes of insects. Those bugs apparently love to poop on the world heritage site. On several occasions over the past couple of decades, the Indian government has attempted to clean the exterior of the building, in the hopes of bringing it back to its original coloring. But their efforts have had little or no effect.

Apparently, the Supreme Court's reaming of the Indian government's ass wasn't a one-time thing: there's another meeting on the matter scheduled for May 9th.