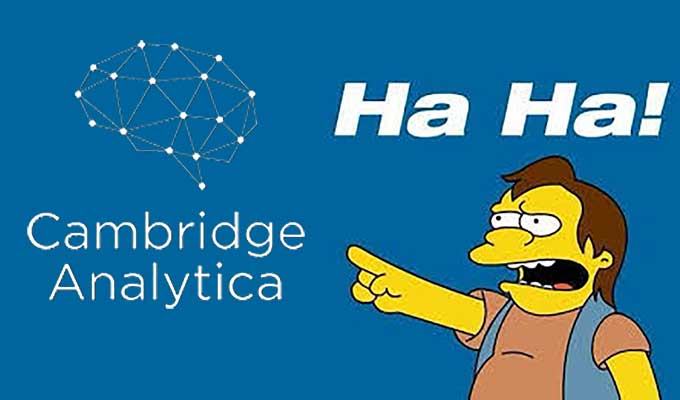 Cambridge Analytica, the firm that consulted on Trump's 2016 campaign and mined the data of 87 million Facebook users without their permission, has shut its doors. Same goes for the company's UK counterpart SCL. From Wired:

The decision to close the company's doors internationally was announced to employees during a town hall meeting in the firm's New York City offices Wednesday. One source says that NYC employees were told to pack up and leave immediately....

Just yesterday, Cambridge Analytica's official Twitter account tweeted out a link to a website refuting the waves of bad press the company has received with the caption, "Get the Facts Behind the Facebook Story."