US housing prices skyrocket for homeowners and renters alike 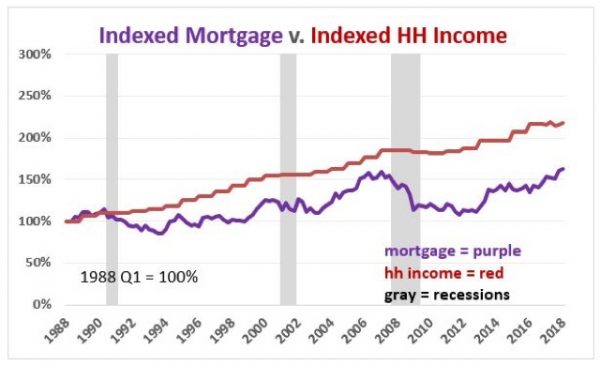 Since the crash of 2008, both home ownership and renting have been getting steadily more expensive, with median house prices rising to levels surpassing pre-crisis levels, while the ballooning private equity megalandlords pushed prices for renters to never-seen levels, using an eviction mill that saw more Americans thrown out of their homes than at any time in history to keep renters paying.

The one bright spot in all this was that interest rates have stayed low since they were effectively zeroed out during the crash, which meant that people who could scrounge the capital for a downpayment could end up paying less to stay in their more-expensive homes than purchases of cheaper, pre-2008 homes.

This was in contrast to the plight of renters, who, in the pre-crash years, had a much better housing-to-income ratio, which vanished after the mass evictions following the crash, creating more competition for rental housing even as private equity landlords were snapping up foreclosed houses in bulk, cornering local markets and cranking up rents.

The latest installment in Angry Bear's "Gimme shelter" series shows that the party is over for middle-class homeowners, whose monthly costs are finally catching up with the unsustainable costs borne by renters, as house prices continue to mount and interest rates start to rise.

Last year, when I first posted this metric, the monthly payment for the median house wasn’t extreme at all, but rather very moderate in terms of the long term range.

* As of Q2 of last year, the median monthly mortgage payment was still less than 24% of median household income.

Mortgage payments for new buyers in 2018 and not nearly so moderate as they had been earlier in this expansion. But they are not yet at the extremes they were in 2005 and 2006.

Gimme shelter Q1 2018 update: rents and house prices all at or near new extremes [Newdealdemocrat/Angry Bear]