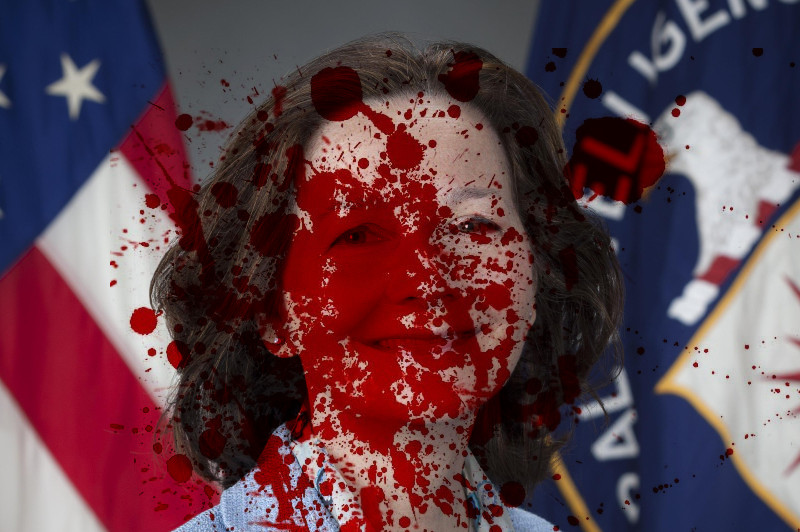 Gina Haspel is a 33-year veteran of the CIA, notorious for overseeing a torture camp in Thailand where rendered suspects were subjected to simulated executions; Haspel is also notorious for participating in a mass coverup of CIA torture, helping to destroy over 100 videotapes of abuses that took place under her direction.

Naturally, Donald Trump wants her to run the CIA.

Four "senior US officials" have told the Washington Post that Haspel tried to decline the nomination because she feared being questioned under oath by the Senate during her confirmation hearing, worried that they would ask her questions about her complicity in torture and coverup.

Haspel's confirmation hearing is scheduled for this Wednesday.

But Haspel’s nomination to become the first woman to lead the CIA came close to being scuttled Friday ahead of any hearings — and largely at her own hand, the U.S. officials said. The problem came to a head Friday afternoon when she was summoned to the White House for some urgent questions, particularly on her role in the use of waterboarding and other harsh interrogation techniques.

She had been in a meeting with her staff at CIA headquarters in Langley, fielding mock questions to prepare for her confirmation hearing, when the summons arrived.

Some White House officials were concerned by material being raised in questions from Congress, information they were just learning about, according to the U.S. officials. Those officials said the material was not revelations that have been unearthed in recent months, but the White House wanted to hear Haspel’s explanation of it.