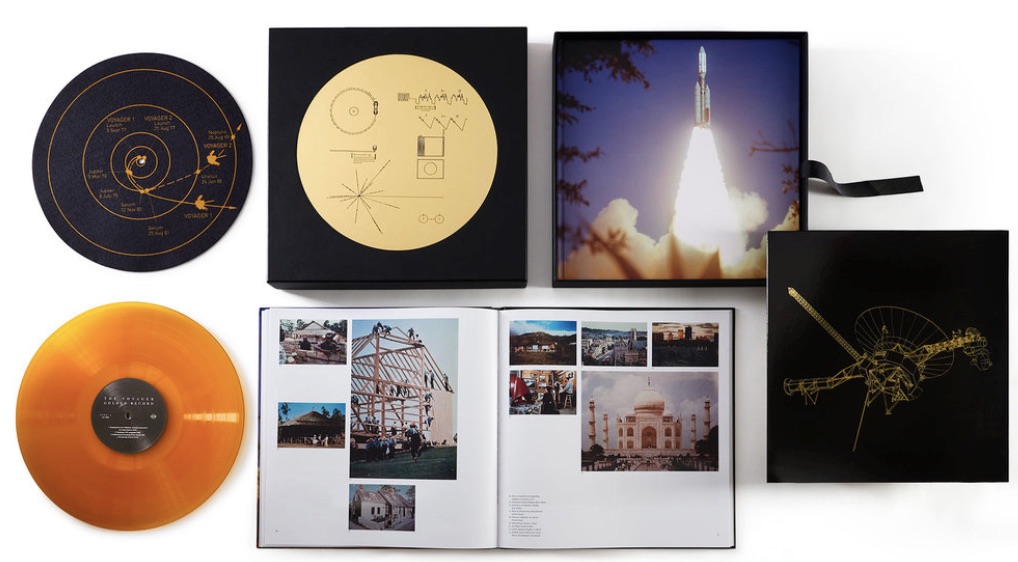 This weekend is the opening of "The Future Starts Here," a new exhibition at London's Victoria & Albert Museum of art and design. Celebrating "100 projects shaping the world of tomorrow," the exhibit features several objects that began as Kickstarter projects, including the "Voyager Golden Record: 40th Anniversary Edition" the Grammy-winning 3xLP vinyl box set that I co-produced with my friends Timothy Daly and Lawrence Azerrad. Our project was the first vinyl release of the iconic phonograph record launched into space by NASA in 1977 as a message for extraterrestrials, perhaps billions of years from now.

The Voyager Golden Record is an artifact for the future. As Tim Ferris, who produced the original Voyager Record, wrote in our liner notes, the Voyagers are on a journey not just through space but also through time. The Voyager Record is a time capsule but it is also timeless. It sparks the imagination. It provokes us to think about the future and our civilization's place in it. It exudes a sense of hope for a better tomorrow. And it lies at the intersection of science, art, and design to spark the imagination.

We're deeply honored to be included in the exhibit! I'm also thrilled that my Institute for the Future colleague Sam Woolley's provocative "Political Bots" exhibit is also part of The Future Starts Here, which runs at the V&A Museum until November 4.