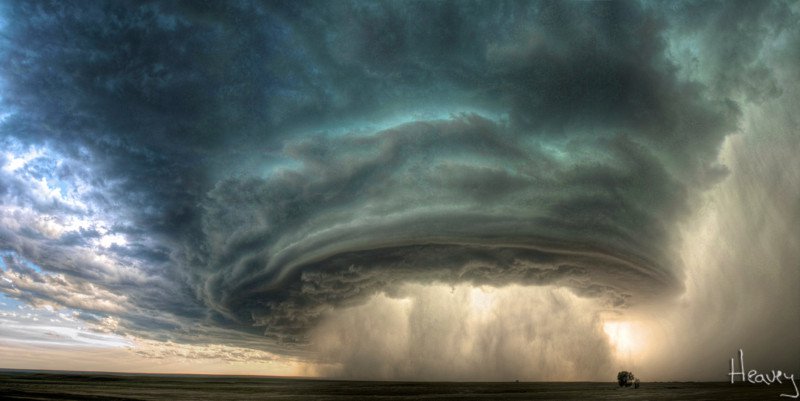 Sean R. Heavey claims that Stranger Things used his storm cloud photo (top image) without permission in concept art (second image above) that eventually became a scene in the show. From Photographer: ‘Stranger Things’ Used My Storm Cloud Without Permission:

Heavey says he realized that the cloud that appears in the Stranger Things episode looked extremely similar to his but wasn’t the same one. A few weeks later, however, Heavey’s friend was watching the Beyond Stranger Things behind-the-scenes special (episode 3) on Netflix when he noticed the concept art that was used by the Stranger Things crew...

After Heavey reached out to Netflix with his complaint, the company responded by saying that the cloud in his photo isn’t protected by copyright.

“They are saying the only similarity that exists is the use of a similar cloud formation, that copyright law does not protect objects as they appear in nature, and that an artist can’t claim a monopoly over real-world public domain objects such as a cloud formation,” Heavey says. “The problem with that argument is that it’s not a similar cloud they use — it’s my cloud photo.”

Heavey thinks the Netflix counsel didn't even look at his image comparisons before responding. He's now lawyered up and figuring out his next steps.