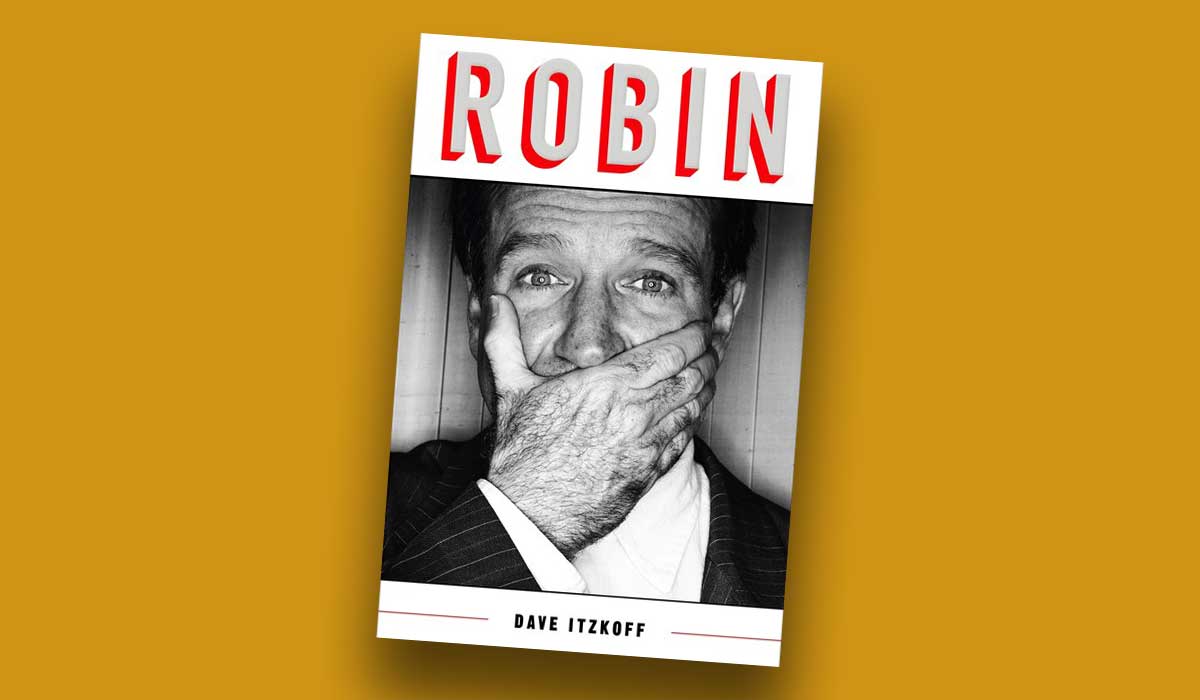 The New York Times' culture reporter Dave Itzkoff has a new biography of Robin Williams called Robin. Vanity Fair has an excerpt about the months leading up to his death. It's sad and fascinating.

So why did Robin persist in making these films, each one a far cry from the Hollywood features he had once thrived on, and which were lucky to receive even a theatrical release? Why did he continue to fill every free block of time in his schedule with work, whatever work he could find? Yes, he needed the money, especially now that he had two ex-wives and a new spouse he wanted to provide with a comfortable home. “There are bills to pay,” he said. “My life has downsized, in a good way. I’m selling the ranch up in Napa. I just can’t afford it anymore.” He hadn’t lost all his money, but, he said, “Lost enough. Divorce is expensive.”

Robin continued to bounce from one low-budget film to the next. But he finally seemed poised for a professional resurgence when he was cast in The Crazy Ones, a new CBS comedy show that would make its debut in September 2013. The series was Robin’s first ongoing television role since Mork & Mindy ended three decades earlier, casting him as Simon Roberts, the irrepressible, not yet over-the-hill co-founder of a fast-paced Chicago advertising agency he runs with his straitlaced daughter (Sarah Michelle Gellar).

The Crazy Ones seemed perfectly calibrated for the older audience cultivated by CBS, which had a track record for giving new lifeblood to bygone TV stars, while the show provided Robin with distinct opportunities to improvise in each episode. It surrounded him with an ensemble of young actors, who helped to offset the fact that Robin was now gaunter and grayer than viewers were accustomed to seeing, and it paid a steady salary of $165,000 an episode -- more in a week than he’d earn in a month working for scale on an independent movie.

But there was an even simpler pleasure about The Crazy Ones. As Robin explained, “It’s a regular job. Day to day, you go to the plant, you put your punch card in, you get out. That’s a good job.”

When the first episode of The Crazy Ones aired on September 26, it was met with lukewarm reviews. Unlike Mork & Mindy, which had been filmed in front of a live studio audience that responded to his every ad-lib with uproarious laughter, The Crazy Ones used a single-camera format that was a poor fit for Robin’s talents. The show played like a movie running in an empty theater, and each joke hung awkwardly in the air as it was met with silence.

Some critics, at least, were gentle in noting that the Robin of The Crazy Ones was no longer the indefatigable dynamo they had come to adore in an earlier era. Others were not so diplomatic, like the one who simply wrote, “Williams seems exhausted. So is this show.”