Drink like Han Solo with these Millennium Falcon Ice Molds 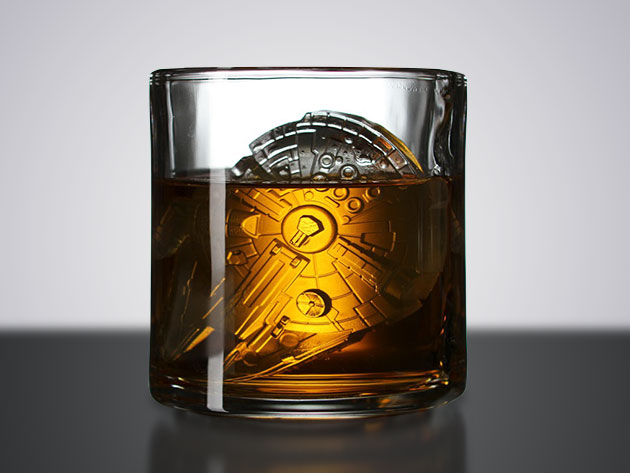 After a long day of intergalactic smuggling, Han Solo probably cooled off with something a little stronger than a glass of bantha milk. And now, you can channel your inner smuggler with these Millennium Falcon Ice Molds, available in the Boing Boing Store for $9.99.

Cooler than carbonite, these dual molds make two fun, intricate ice Millennium Falcons so you can chill your cocktail of choice with some Star Wars flair. Whether you're looking to add some character to your cocktail hour or just step up your Star Wars fandom, these silicone molds let you do so in style. And, with summer coming up, you can trust you'll be using them often to beat the heat.

The Millennium Falcon Ice Molds normally retail for $14.99, but they're available in the Boing Boing Store for $9.99, more than 30 percent off the usual price.