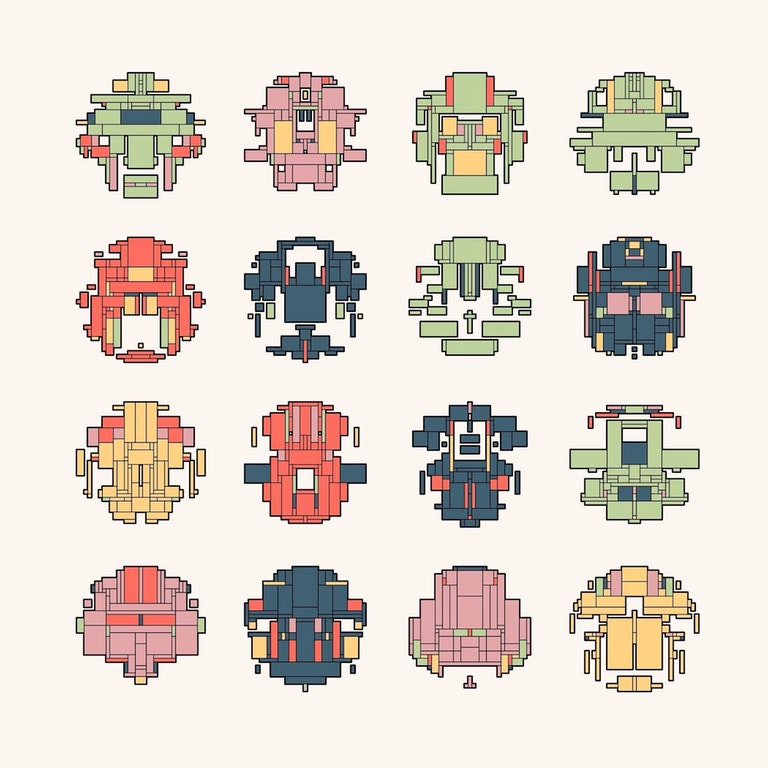 Kjetil Golid wrote code that generates high-definition space invaders for all imaginary Earth-defense needs. The javascript library p5.js is part of the magic.