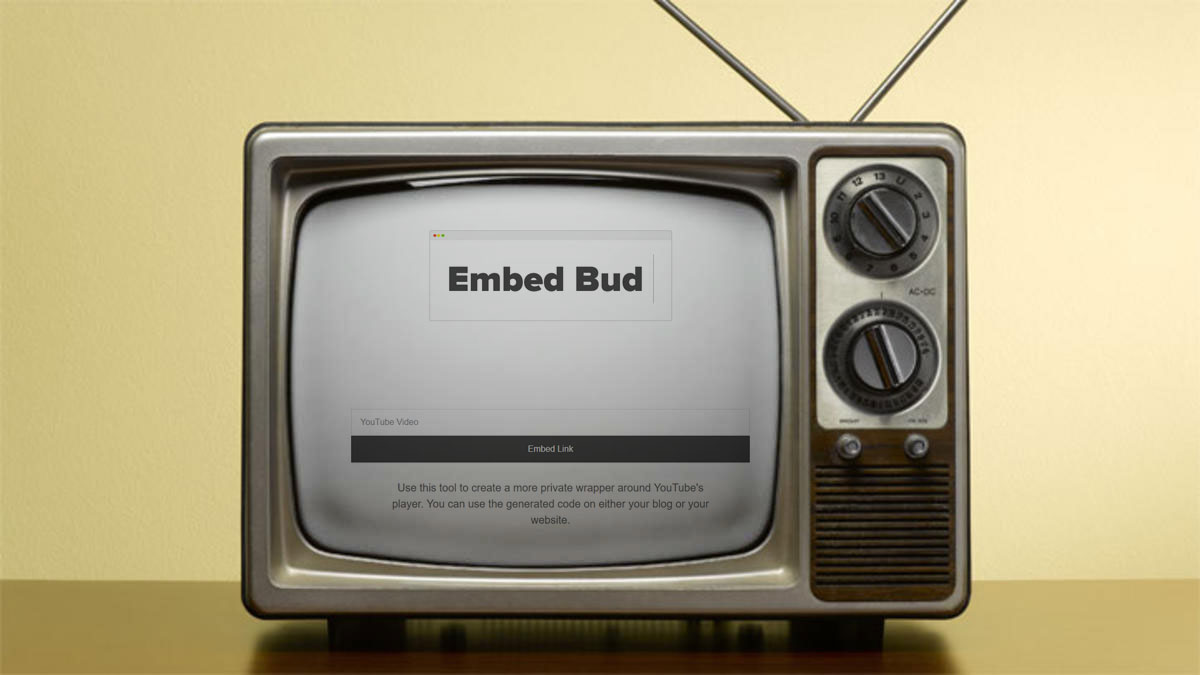 Jag Talon''s Embed Bud is a single-serving site (made with Glitch) that generates less invasive YouTube embed snippets to use on the web. It's a simple trick that adds the encrypted-media attribute to the http iframe so you don't have to. Suggestion: it could also add modestbranding and showinfo (to remove logos and telltale overlays), rel=0 (to remove next-up recommendations based on user history), and start=15s (because the only thing that ever happens in the first 15 seconds of a YouTube video is logos, music and "hey guys")