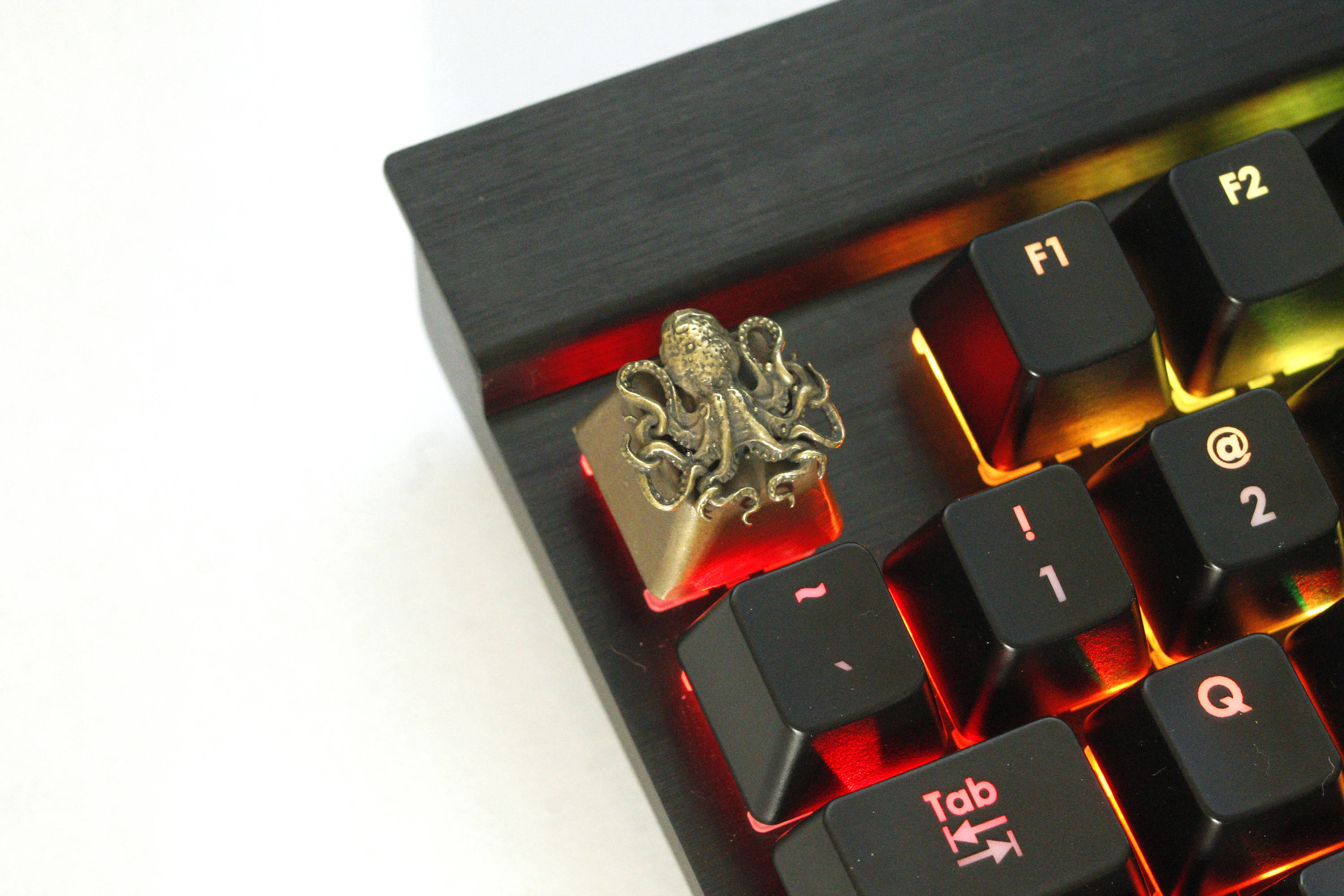 For $13, you too can have a writhing brass cephalopod instead of an escape key, one of various bizarre artisan keycaps on offer at BGkeycaps' Etsy store.

These are solid metal keycaps, Not resin made to look like metal. Each keycap is made by hand and cast exactly as a piece of jewelry would be made. They weigh 10-20 grams each. Finishes may vary because I use recycled brass and the different alloys patina differently.