Ajit Pai: portrait of a Vichy nerd who transformed from debating-society darling to thin-skinned, brooding manbaby 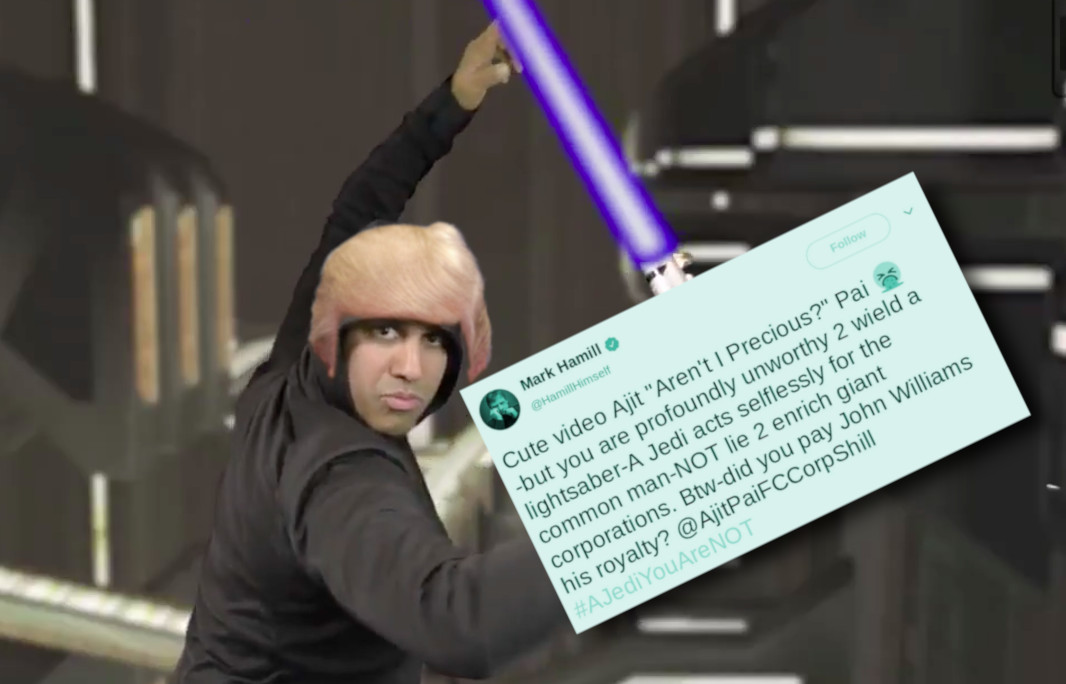 Andrew Rice's long profile of neutracidal FCC chairman Ajit Pai paints a portrait of a genuine nerd who really loves the ways the internet let him escape his small-town life, who really dotes on memes and Star Wars, and who threw fun parties when he was a young man -- and who is a textbook bootlicker, convinced that corporations will save America from the tyranny of government overreach, and who decided that if Trump was the way to get there, he would carry water for Trump.

The most interesting part of the profile is the way Pai has changed since Trump took office: from being a fiery and quick-witted debater who enjoyed the cut-and-thrust of debate with people who disagreed with him to being a thin-skinned man-baby who prints out photos of his former FCC colleagues attending pro-Net Neutrality rallies and shoves the pictures in their face when they come to his office to talk policy with him.

It's a picture of a person who started off as a fanatic for an extreme ideology, but who eventually checked his ideology at the door and became just a fanatic, isolated and furious, determined to force America to accept corporate dominance whether or not America wants it.

Gloria Tristani, a former Democratic FCC commissioner who now represents the National Hispanic Media Coalition, went to visit Pai last June, up on the 8th Floor. Sitting in armchairs in the chair’s spacious suite, Tristani tried to broach the subject of net neutrality and the Lifeline cutbacks, but Pai gave her a frosty reception. She says that she tried to be diplomatic, saying that, despite their party differences, she still believed Pai was motivated by his view of the public interest. “He gets up from his chair, goes to his desk, and comes back with a sheet of paper,” Tristani recalls. Pai thrust the paper at her. “He says something to the effect of, ‘You really dare say that to me?’ ” On the paper was a tweet she had written in favor of net neutrality. Posted beneath it was a picture of Tristani at a protest, pointing toward a “Save the Internet!” banner. It was next to a monstrous effigy meant to symbolize corporate money, from which Pai and Trump dangled on puppet strings. (An FCC spokesperson says Pai recalls a less confrontational encounter.)

This Is Ajit Pai, Nemesis of Net Neutrality [Andrew Rice/Wired]