New XBox and Windows game controller for people with disabilities 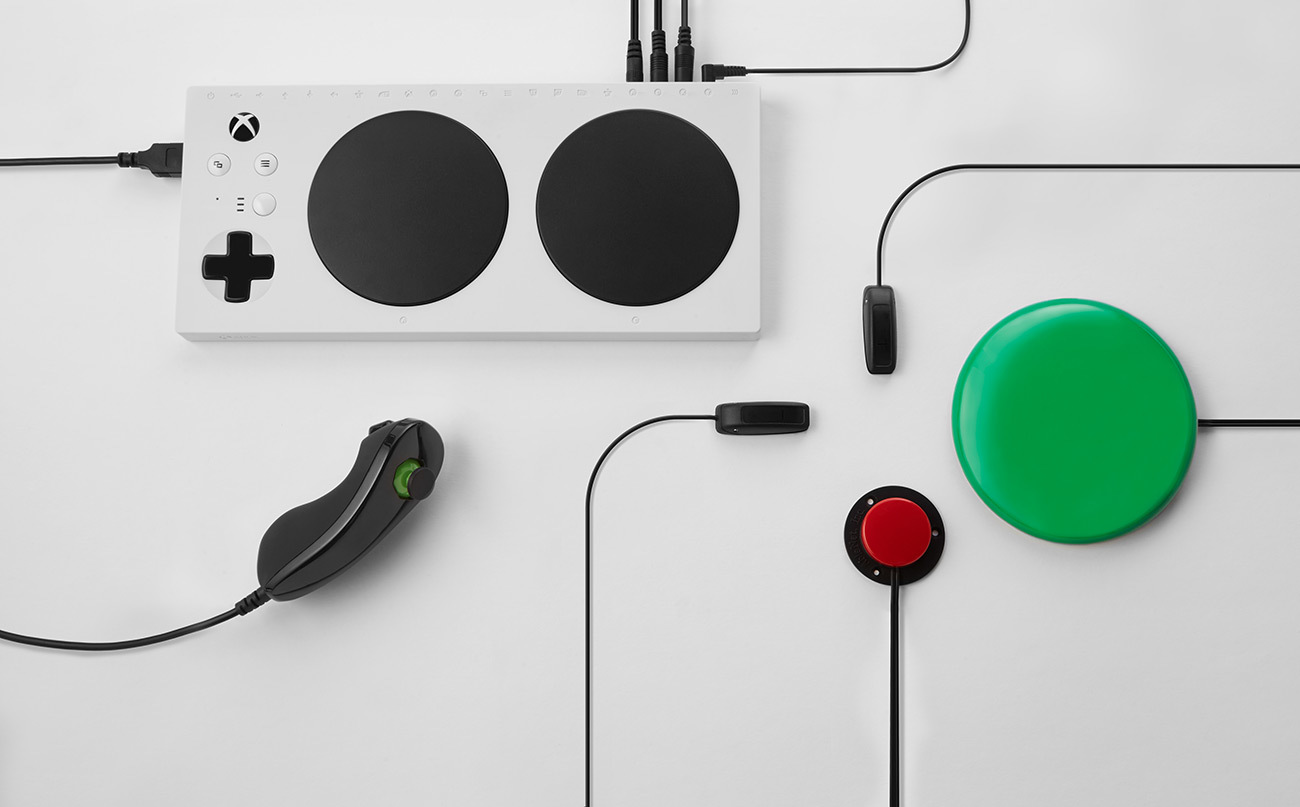 Microsoft's new accessible game controller has a retro vibe, enormous buttons, and a range of attachments tailored to specific disabilities.

The new Xbox Adaptive Controller, which will be available later this year, can be connected to external buttons, switches, joysticks and mounts, giving gamers with a wide range of physical disabilities the ability to customize their setups. The most flexible adaptive controller made by a major gaming company, the device can be used to play Xbox One and Windows 10 PC games and supports Xbox Wireless Controller features such as button remapping.

Reminds me of the original arcade Street Fighter "punchable" buttons (see the photo from Ars Technica, below). There's a certain irony here, because (in their primitive 80s form) they were unreliable and made the game too difficult, leading arcade operators to replace them with normal buttons. Because the punch-plates were pressure sensitive, though, the game required six normal buttons to play properly, kicking off the myriads-of-buttons era in which games became markedly less accessible.