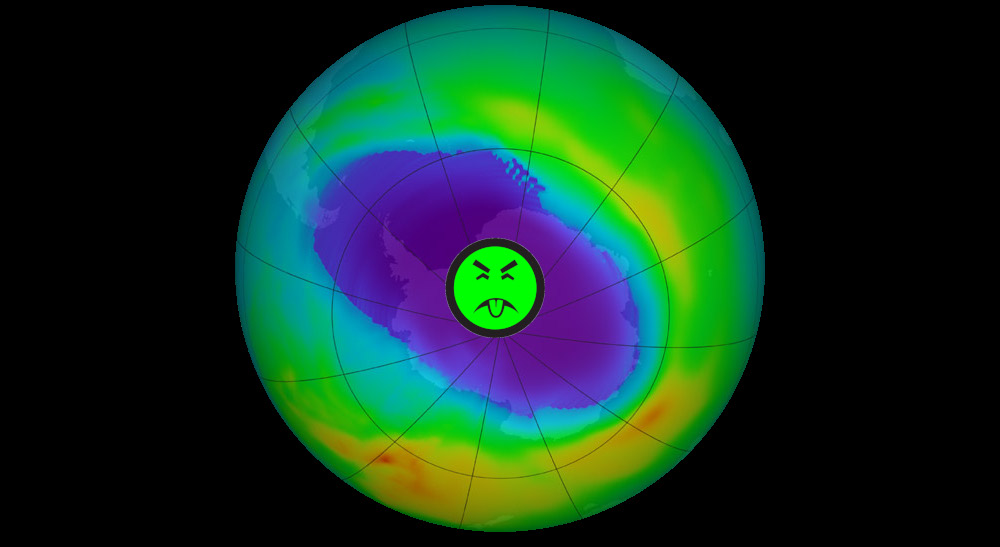 CFC-11 was phased out under 1987's Montreal Protocol and the immediate halt of its usage has done much to reverse ozone depletion in the years since; but since 2012, atmospheric levels of CFC-11 have risen by 25%, eroding the still-healing ozone layer and suggesting that someone, somewhere, has started manufacturing the substance again.

No one really knows why you'd make CFC-11. Cheap substitutes are readily available. Some scientists believe the emissions originate somewhere in east Asia, and there are calls for fielding aircraft to conduct surveys to pinpoint the releases.

“They’re going to find the culprits,” Zaelke said. “This insults everybody who’s worked on this for the last 30 years. That’s a tough group of people.”

The ozone layer is slowly recovering, and ozone-depleting substances are still declining. But the apparent increase in emissions of CFC-11 has slowed the rate of decrease by about 22 percent, the scientists found. This, in turn, will delay the ozone layer’s recovery and, in the meantime, leave it more vulnerable to other threats.

“Knowing how much time and effort and resources have gone into healing the ozone layer and to see this is a shocker, frankly,” Montzka said.