People don't care about "Net Neutrality": they care about "internet freedom" which is the same as "freedom" 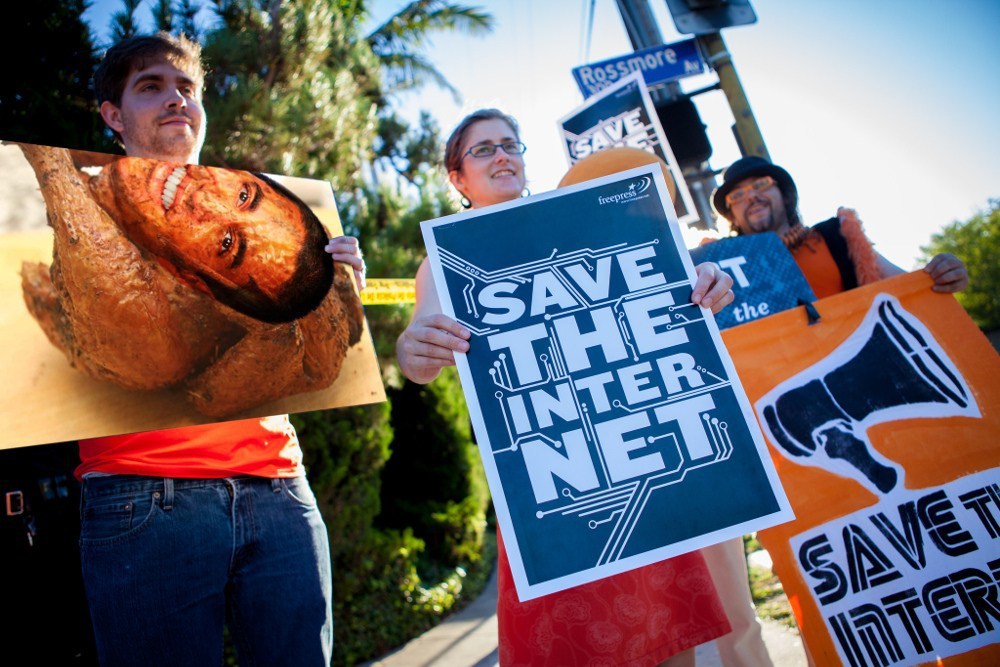 Why do 87% of Americans hold a favorable view of Net Neutrality? Not because the vast majority of the country has become wonkishly interested in the intersection of competition policy and telcoms regulation: it's because they care about the internet.

"Supporting Net Neutrality" really means, "Supporting the idea that the most important thing about the internet is whether it is organized to benefit you, even if that's suboptimal for cable company shareholders."

Pundits like Malcolm Gladwell caught the mood, arguing that what we needed was human freedom, not internet freedom.

What Gladwell missed — and what 87% of Americans now understand in their bones — is that internet freedom matters because that's where human freedom comes from in a society wired together by the internet. Everything we do today involves the internet. Everything we do tomorrow will require it. If we don't have a free, fair and open internet infrastructure, we're screwed. People care about internet access for the same reason they care about shelter, and water, and heat, and food: not because they're architecture fanciers or gourmands — because human flourishing requires these things. When human necessities are made subordinate to shareholder interest, it gets ugly, fast and people's lives are destroyed.

These days, the ISPs are getting just a teensy bit worried; given their storied strength, that's good news. AT&T is concerned enough about its reputation that, last week, it quickly fired Bob Quinn, the Washington government affairs executive who was revealed to have hired Trump's personal fixer Michael Cohen as AT&T's own new-administration-in-town fixer. Communications insiders said retaining Cohen was business as usual and Quinn had been made a scapegoat. They're absolutely right. But AT&T understands that the American public is still disturbed when it learns that communications providers are paying large amounts to influence government policy.

Why, in this era of pay-for-everything, does AT&T's involvement with Michael Cohen bug us? Because we are forced to entrust these giant companies with everything we do and say, and, like Kennedy, we don't think it's rational to trust them. Because we rely on these private providers to make our businesses function, our speech flow, and our new enterprises take flight, these companies have to be burdened with public obligations. We've got a perfectly good law on the books—the one the Obama administration used as the source of its power to issue its rules. Now all we have to do is resolve to use it.