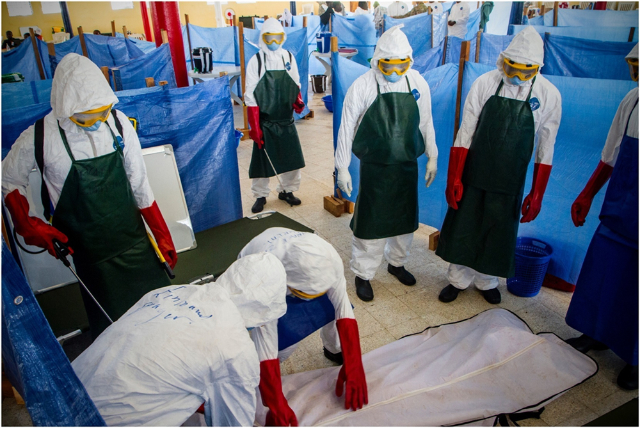 The latest Ebola outbreak in Congo has moved from the rural area in which is was first discovered to Mbandaka: a city home to approximately one million people. That the disease has spread to an area with such a dense population is extremely troubling all on its own. Add to this the fact that Mbandaka is a major transportation hub with an airport, river traffic and direct transport options to Kinshasa, Congo's capital city, and you've got a scenario with the potential to keep World Health Organization personnel awake at night.

Forty-two people have now been infected and 23 people are known to have died.

Confirmed, probable and suspected cases of Ebola have been recorded in three health zones of Congo's Equateur province, the World Health Organisation (WHO) said.

The WHO's Peter Salama said health workers had identified 430 people who may have had contact with the disease and were working to trace more than 4,000 contacts of Ebola patients, who had spread across northwest Congo.

As part of efforts to stem the spread of the often deadly disease, drug manufacturer, Merick, shipped 4,000 doses of an unlicensed Ebola vaccine to Congo that was proven to have been effective in a previous outbreak of the disease in West Africa. There's just one problem: the vaccine needs to be stored between -60 and -80 Celsius. In a first world country, that mightn't be an issue--we've the facilities and infrastructure to make chilling the vaccine to those temperatures a piece of cake. Congo? Not so much: their power grid is frequently troubled by brownouts and blackouts.