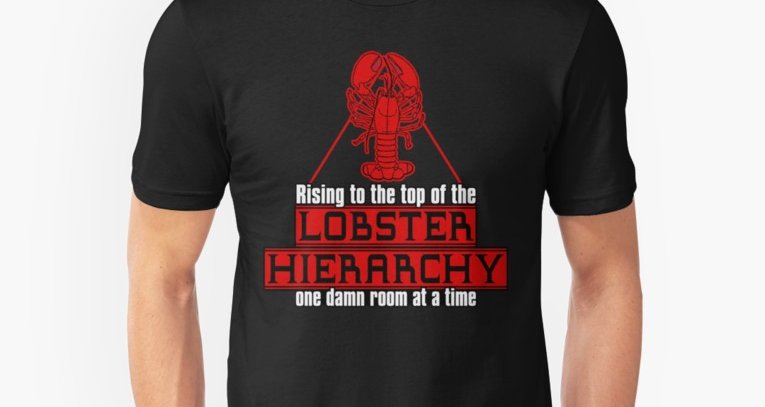 Alt-right darling Jordan Peterson is a big fan of hierarchies, which he says are innate to the human condition, something he knows because lobsters have social hierarchies.

That caught Bailey Steinworth's attention; she's a PhD candidate in evolutionary development who studies jellyfish, and she noticed that Jordan Peterson was being pretty selective about which of humanity's marine invertebrate cousins were the inevitable evolutionary role models for our behavior.

(This is par for the course with "evolutionary psychology," a mix of evidence-free fairy tales about the social organization of early hominids and cherry-picked examples of animal behavior).

For the benefit of Peterson and his disciples (who like wearing lobster t-shirts and other tat to display their own loyalty to hierarchy), Steinworth has enumerated some of the socio-sexual strategies of other marine invertebrates we might be evolutionarily determined to follow.

The strongest, largest, youngest males hold onto the female’s carapace directly. Sometimes additional males hold onto those males. “Sneaker” males approach more subtly, from the side. All of these are viable reproductive strategies.

How about gastropods? Sea hares are hermaphrodites and also lay their eggs orgy-style with each individual simultaneously acting as male and female in multiple couplings. If only two are available, they take turns being “male” and “female.”

The limpet Crepidula fornicata got its name because they’re often observed in piles, mating. They’re sequential hermaphrodites, meaning an individual is only one sex at a time but changes over the course of its life.

Sequential hermaphroditism is relatively common among marine invertebrates, since sperm is cheap and can be easily produced while you’re still small, but eggs are costlier and easier to make once you’ve built up body mass.

So apparently Jordan Peterson has a section in his book about lobster social behavior. I’ve never written a long twitter thread before but YOU COME INTO ~*MY*~ HOUSE? Let’s talk marine invertebrate social behavior: