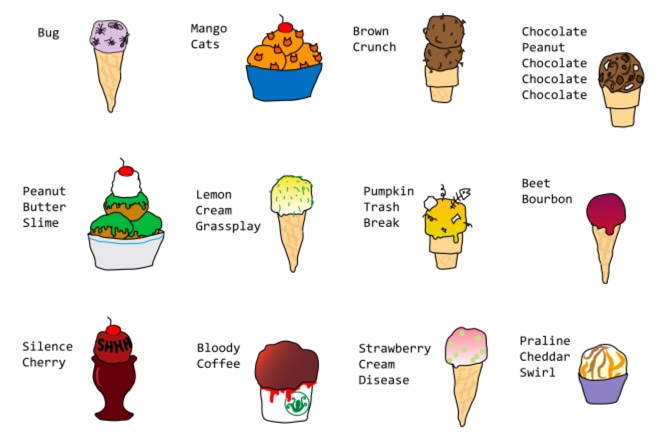 Aaron Cohen owns Gracie's Ice Cream in Somerville, Mass. After taking a long look at Shane's list of robotic ice-cream flavor ideas, he took a stab at operationalizing them by deciding how you'd actually make a flavor that went with the labels.