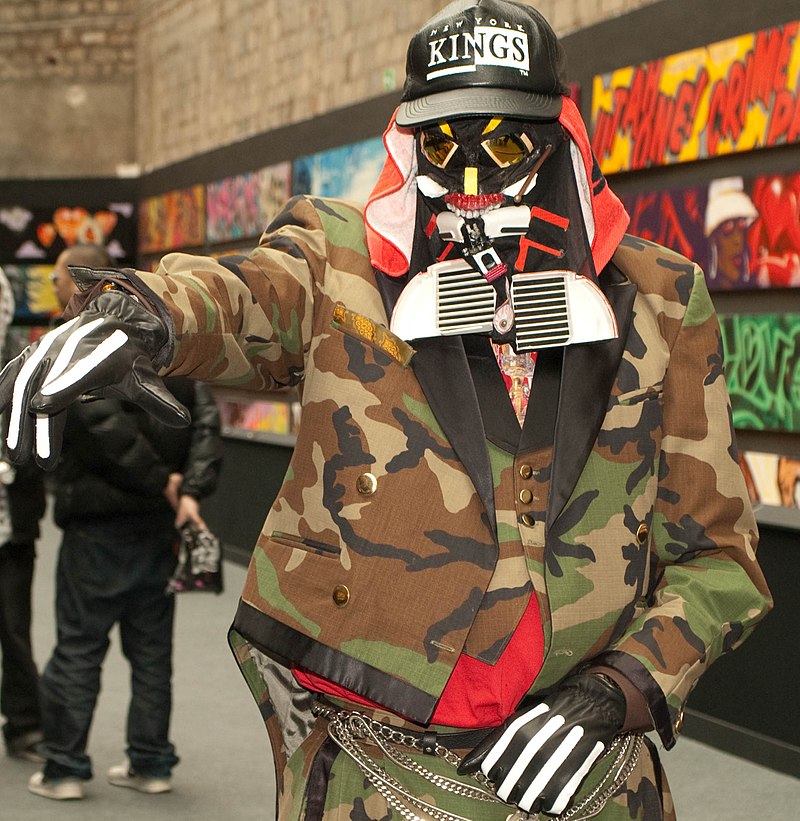 ...language enforced discipline, and that whoever controlled it could steer people’s thoughts and imaginations. His hope wasn’t to replace English; he wanted to annihilate it from the inside out. His generation grew up after urban flight had devastated New York’s finances and infrastructure. Ramm channelled the chaos into a spectacular personal mythology, drawn from philology, astrophysics, and medieval history. He was obsessed with a story of Gothic monks whose lettering grew so ornate that the bishops found it unreadable and banned the technique. The monks’ work wasn’t so different from the increasingly abstract styles of graffiti writing, which turned a name into something mysterious and unrecognizable

It's the year of the Ramm: a show is on at Red Bull Arts New York and here's another article by Alexxa Gotthardt.

Rammellzee wasn’t average by any definition. “He just ventured out on this planet in his own dimensions,” his late wife, Carmela Zagari, once said. The art, rap, and cosmologies he conjured not only mesmerized the 1980s art world, within which he came of age, but left a permanent mark on his peers and the artists who came after him, from Jean-Michel Basquiat and Jim Jarmusch to the Beastie Boys, graffiti artist Futura, and cult rapper Wiki. “He’s the kind of guy you could talk to for 20 minutes and your whole life could change, if you could understand him,” Jarmusch once said. Funkmaster Bootsy Collins has described Rammellzee as a “speck of magic galaxy dust from another time.”

...barbed with sharp, explosive lines that made them look like weapons. This was no accident. He wrote extensively about the alphabet’s ability to wage war against language, misinformation, and a repressive society. “The letter is armed to stop all the phony formations, lies, and tricknowlegies placed upon its structure,” he wrote. “You think war is always shooting and beating everybody, but no, we had the letters fight for us.”