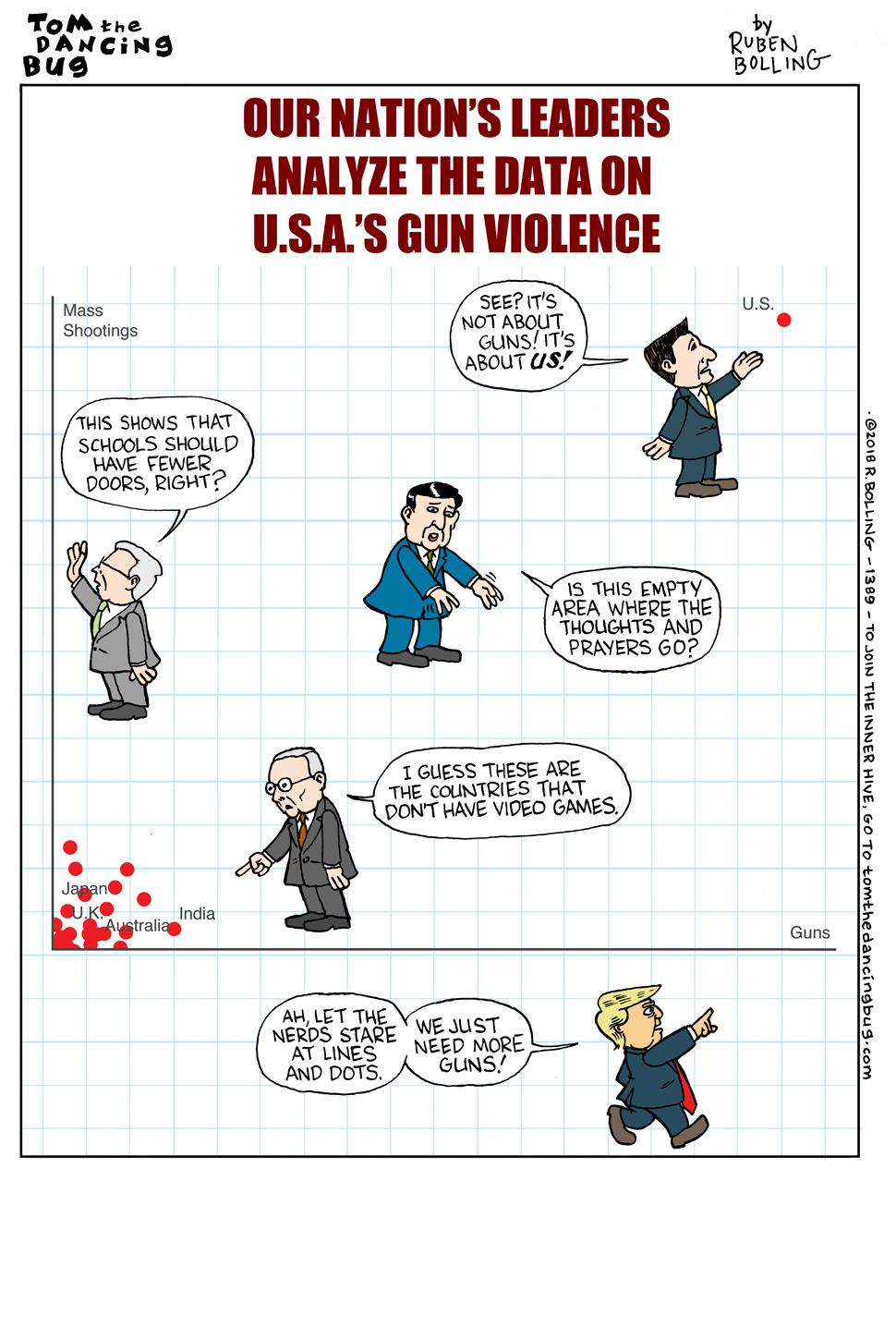 Tom the Dancing Bug, IN WHICH our nation's leaders analyze the data on USA's gun violence

FOR THE KIDS IN YOUR LIFE, AND THEIR SUMMER READING: Get Ruben Bolling’s hit book series for kids, The EMU Club Adventures.