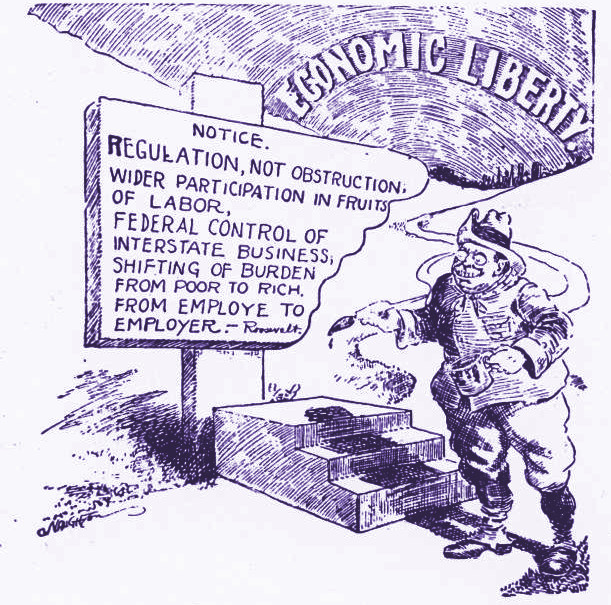 The 2016 elections were fraught and game-changing on many axes, but one important one that is still playing out is the split between the "left" (universal healthcare, steeply progressive taxation, no more wars of aggression, free higher education, and measures to remediate historical injustices on the basis of race, gender, sexual orientation, etc) and "liberals" (more representation in corporate board-rooms, responsible business practices, limiting profits from private healthcare companies, etc).

Fundamentally, the left identifies the problem with the American version of capitalism itself, beautifully summed up by Eric Levits in New York Magazine: "state and federal legislators who routinely slash taxes on the wealthy, and services for the poor, in defiance of their constituents’ wishes; regulatory agencies that serve as training grounds for the firms they’re meant to police; a Supreme Court that’s forever expanding the rights of corporations, and restricting those of organized labor; a criminal-justice system that won’t prosecute bankers for laundering drug money, but will dole out life sentences to small-time crack dealers; a central bank that has the resources to bail out financial firms, but not the homeowners whom they exploit; a Pentagon that can wage multitrillion-dollar wars that exacerbate the very problems they were supposed to solve — and still get rewarded with a higher budget — even as the Housing Department asks the working poor to pay higher rent for worse accommodations; and, seething beneath all of these defects, disparities in the distribution of private wealth so vast and consequential, the nation’s super-rich have come to enjoy an average life expectancy 15 years longer than its poor."

If the problem is capitalism itself, then it's not enough to "restore norms" to American capitalism, the polite fictions that have lawmakers who are merely beholden to large corporations, rather than holding high office while still retaining ownership stakes in those corporations.

American liberalism is seeking to reach across the aisle to Republican establishment figures who are horrified to see their party shedding its polite veneer and pandering to racism, religious zealotry, and xenophobia. The "cross-ideological coalition" against Trumpism wants to bring us back to, say, the Obama years, where mass surveillance, impunity for financial wreckers, and mass deportations took place with a mix of polite congressional deliberation and back-room dealing -- but not by shouting all-caps racist messages on Twitter.

But the left sees 2018 and beyond as the moment to reverse "the version of capitalism that emerged in the United States in the wake of the stagflation crisis of the late 1970s — a capitalism characterized by, among other things, weak labor unions, corporate concentration, low growth, and high inequality." They may want to get rid of Trump, but for fundamentally different reasons than the likes of Chuck Schumer.

Now, one could accept all the left’s claims about contemporary capitalism’s incompatibility with democracy, and still see Trump’s assault on democratic norms as the more pressing threat to our republic. After all, some norms really are more fundamental to liberal democracy than any policy on a social democrat’s wish list: Prohibitions against elected officials disputing the integrity of election results, encouraging political violence, or directing law enforcement to police dissent are more indispensable to self-rule than labor-law reform or universal health care (without such prohibitions, reactionary forces will have little trouble rolling back such left-wing reforms, anyway).

But it does not follow from this point that champions of democracy should concentrate their energies on defending the former, rather than organizing for the latter. The democracy movement’s prescription may be the proper one for a moment of acute democratic crisis. The day that the president turns the Ritz-Carlton D.C. into a makeshift prison for #Resistance and NeverTrump intellectuals; or announces the postponement of the midterm elections; or indefinitely detains Robert Mueller as a suspected terrorist will be a day for grand coalitions in defense of our constitutional order. But outside of such a context, it is difficult to imagine — merely as a practical matter — how a mass movement could be mobilized in defense of something as abstract as procedural norms. Generally speaking, ordinary Americans are more concerned with how to make their wages cover their bills than how to force Mitch McConnell to allow a vote on legislation protecting the independence of the special counsel.