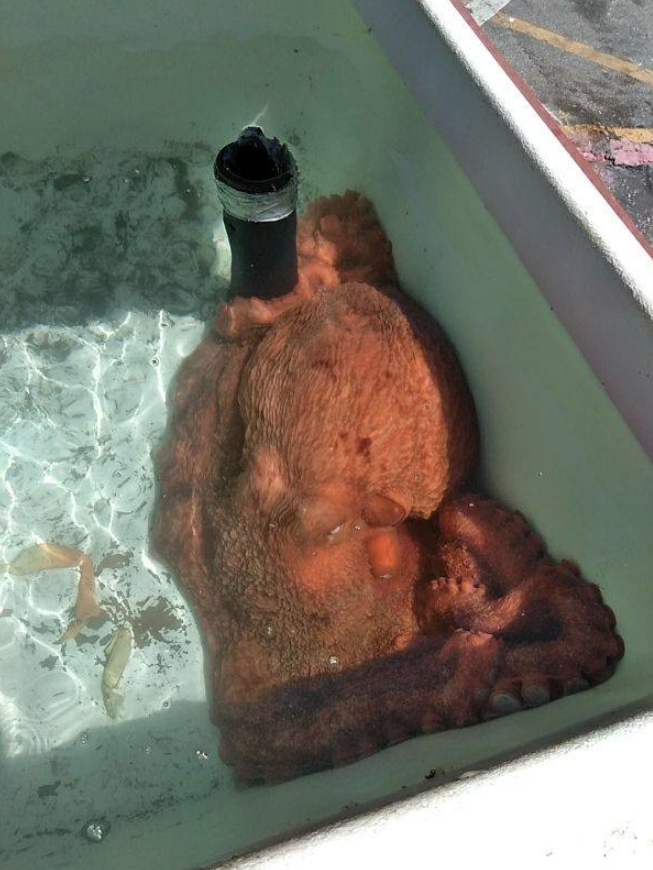 Earlier this month, Giovanni "Gio" DeGarimore, owner of Giovanni's Fish Market, bought a 70-pound octopus — who has been named "Fred" — for "a couple hundred dollars" just to release it back into the wild. And he says he'd do it again.

Fish farmers on Canada's Vancouver Island spotted an eagle in the clutches of a giant Pacific octopus. Realizing the eagle would soon drown, the men freed the raptor from the cephalopod's tentacles and set it free. "He deprived the poor octopus of a good meal," University of Lethbridge octopus expert Jennifer Mather joked to The […]

Here's a video of an octopus changing color while it's asleep. Are the patterns in response to a dream? Possibly, suspects the Alaska Pacific University professor David Scheel. That video is from an upcoming PBS TV show called "Octopus: Making Contact", and in it, Scheel narrates the color changes thusly: "She's asleep; she sees a […]

Munktiki's $20 Octopus mug comes in red or purple, and nicely complements their Bell-Buoy mug (sold out, but we can hope for a resupply!). (via Super Punch)