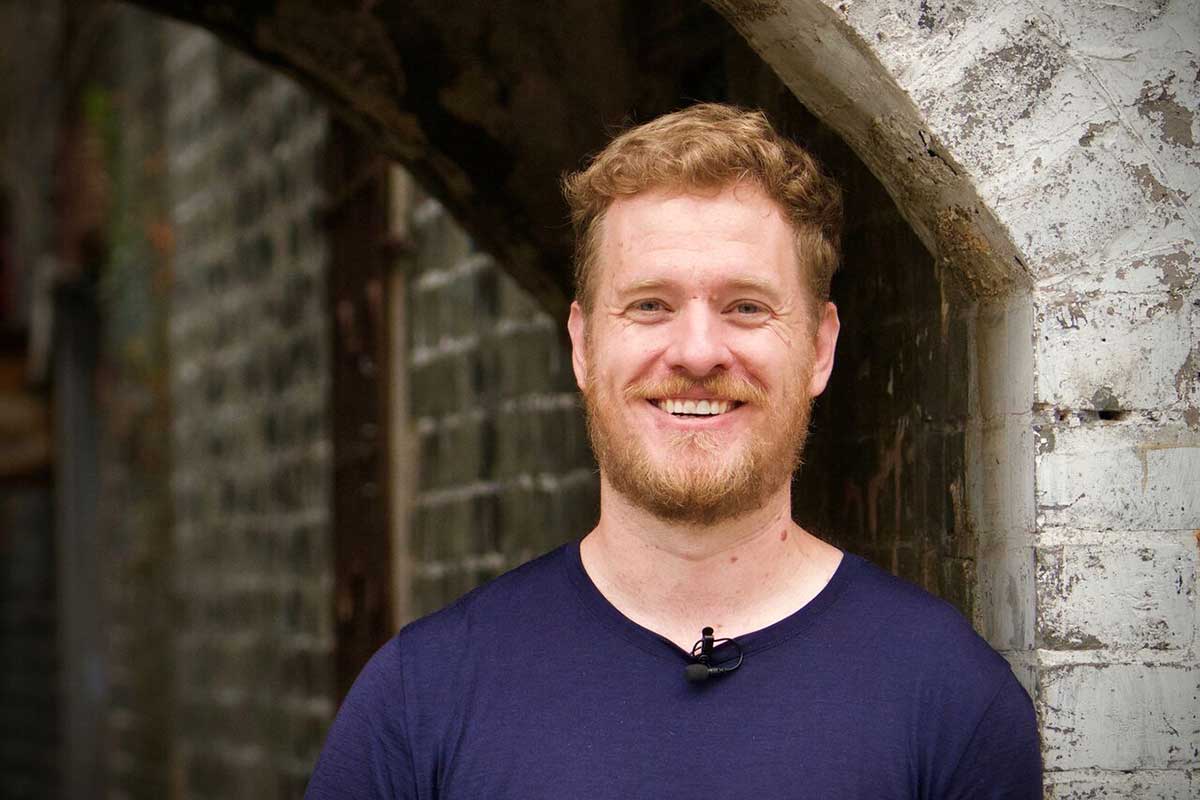 My Cool Tools podcast guest this week is Scotty Allen. Scotty is a nomadic engineer, entrepreneur, adventurer and storyteller who orbits around San Francisco and Shenzhen, China. He runs a YouTube channel Strange Parts, a travel adventure show for geeks where he goes on adventures ranging from building his own iPhone in China to trying to make a manhole cover in India.

“So one of the things that I have gotten an outsized amount of value from over the past year has been this microscope that I bought here in the electronics markets in China. It's a no-brand-name microscope that I got from a little tiny microscope booth in the market, and it's really been this incredibly high-leverage tool for me, and I didn't realize how much I was missing out until I bought it. It's been really great for doing detail work. And I use it for really small soldering work on iPhones and related circuit boards … It's a binocular microscope. It's not super high magnification, but because it's binocular you get depth of field, and so you can really see well. So you can look through the microscope and work underneath it with tweezers or a soldering iron or other tools and in great depth see what you're doing."

"Frame.io is an online tool that I use for collaborating on the videos I'm making. And it's a really simple tool ... The short version is that you can upload a video to it, and then you can share that video privately with other people, who can then go in and leave comments. You can even draw things on a specific frame of the video using some drawing tools. And then you can have threaded conversations on each of the comments you leave, and multiple people can leave comments, et cetera. And that, at face value, is super simple, but it really allows remote collaboration on videos in ways that there really aren't very many other good tools for. In fact, I don't think I've found any other good tools. I come from a software engineering background, and we have some great tools there now that have been built over the past 10 years for doing things like code review where you can do something similar, where you can go in and leave comments on a particular line of code on a change someone wants to make. And so I come from that. I come from running a remote software team prior to doing Strange Parts, and so I was really hungry for all of these tools that I'd used as a software engineer. And so Frame.io is one piece of that. It's sort of that feedback piece of, 'Hey, I did this thing. Can you give me feedback on it in a detailed way that's sort of context-based on the part you're talking about?'"

"The TV-B-Gone is a universal television remote with one button, and the button turns any TV off. So this is a cool thing made by a close friend of mine, Mitch Altman, who I know from Noisebridge hackerspace, and I actually owned one long before I knew Mitch. It was given to me as a stocking stuffer at Christmas one year, probably like 10 years ago, something like that. … for the first long while that I owned it, I didn't really use it very much, but now it has become indispensable because I'm traveling a lot more, and when you're jetlagged and you're in an airport on a layover in the middle of the night in Russia and there's a blaring TV in the corner that nobody's watching, the TV-B-Gone is a great way to solve that problem. So in short, you press the button, it takes up to 15 seconds, and it will cycle through all of the off codes that are programmed in it for all of the different televisions. So you just point it at the TV, and it's great for just sort of calming an otherwise unbearable airport lounge."

"The one I have kind of looks like a suitcase. It's maybe two feet by one foot by like six inches tall, and it's that silver material, silver metal that they make briefcases in the movies for carrying large amount of cash in sort of look. It's got a handle. And on top, it's got an oval-shaped hole that is slightly larger than your average foot, or your average shoe, and the idea is that you stomp your foot down through the hole and it applies a shoe cover over your shoes automatically. You don't have to touch anything. You just step in it and then step out, and now you've got a shoe cover on your shoe. … I ran across it on a factory tour. I visit a lot of factories here in Shenzhen, and I was at an LED factory that was making LEDs. They were trying to keep dust down, and one of the ways they do that is by having everybody wear shoe covers. So there are a number of factories that will do this, and you can tell how fancy the factory is based on whether you have to bend down and put the shoe cover on yourself or whether you have one of these automatic shoe cover machines. And so this LED factory was the first time I'd seen this, and it blew my mind. It was a special purpose thing that was so clever and so well made."

We have hired professional editors to help create our weekly podcasts and video reviews. So far, Cool Tools listeners have pledged $342 a month. Please consider supporting us on Patreon. We have great rewards for people who contribute! – MF