Two late-stage Ebola patients break quarantine, the number they may have infected is unknown 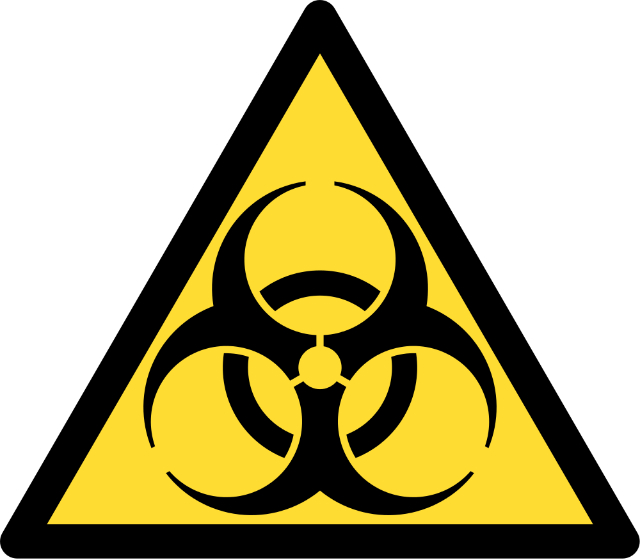 Last week, the Democratic Republic of Congo’s latest Ebola outbreak was confirmed to have spread to Mbandaka, a transportation hub, home to over one million people. As of the time that this post was written, 31 cases of the disease have been confirmed in the west African nation. Of those confirmed to have been afflicted, nine have died.

Oh, and three individuals confirmed to have contracted the disease, two of which who were showing significant symptoms, managed to escape quarantine and mingle with an unknown number of people.

In a briefing in Geneva, Jean-Clement Cabrol, a doctor who had just returned from Congo, said "the patients were in the active phase of the disease, vomiting" when their families removed them from the hospital, put them on motorcycles, and took them to a religious gathering of 50 people. Ebola is contagious through bodily fluids, and both patients, who were at an acute phase of the illness, died within hours.

Those two were among the three Ebola patients who left a hospital isolation ward and reentered the general population, according to the Doctors Without Borders mission in the Congolese city of Mbandaka.

That two of the patients, at the height of their power to infect others, opted to leave the quarantine that they’d been put under reads like something monstrous. But it couldn’t be more human. In their final hours, the pair, knowing that death couldn’t have been closer, turned to the comfort of their families and their faith, hoping that it would be a balm against the unspeakable misery that they must have been in.

The third patient, who according to Médecins Sans Frontières, may have been on the brink of being discharged before deciding to leave the hospital ahead of schedule, opted to return and continue treatment. So that’s nice.

That fancy vaccine that MSF and the World Health Organization are looking to deploy? They don’t have enough for everyone. To ensure that what vaccine they do have to inoculate the public with does the most good, it’s of vital importance that healthcare professionals figure out who an infected individual has come into contact with. Then, it’s on to figuring out who those people came into contact with. Wash, rinse, repeat. Once that’s done, it’s time to break out the vaccine, and ensure that those in the greatest danger of being infected with the disease are vaccinated against it, hopefully stemming the tide. WHO representatives state that they’d sorted out 628 such contacts as of this week.

But here we are with a couple of infected individuals, puking, sweating and touching stuff as they make their way from the hospital to a prayer group, through a city of 1.2 million people – a city with an airport of a significant size, along with waterway and road access. WHO will have started talking to the families who helped to spring the patients, all of the hospital staff outside of the quarantine ward they escaped from, the prayer group participants and everyone else any of those people can remember having come into contact with since the escape occurred. Hopefully, their memories are all on point.

Hopefully, the disease is contained. Fast.