Germany's scientific texts were made free during and after WWII; analyzing them today shows the negative effect of paywalls on science 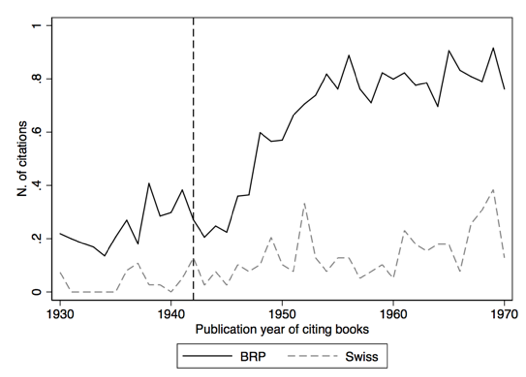 In 1942, the US Book Republication Program permitted American publishers to reprint "exact reproductions" of Germany's scientific texts without payment; seventy-five years later, the fate of this scientific knowledge forms the basis of a "natural experiment" analysed by Barbara Biasi and Petra Moser for The Center for Economic and Policy Research, who compare the fate of these texts to their contemporaries who didn't have this semi-public-domain existence.

Here's the headline finding: "This artificial removal of copyright barriers led to a 25% decline in prices, and a 67% increase in citations. These results suggest that restrictive copyright policies slow down the progress of science considerably."