ABC cancels 'Roseanne' because Roseanne Barr is a racist 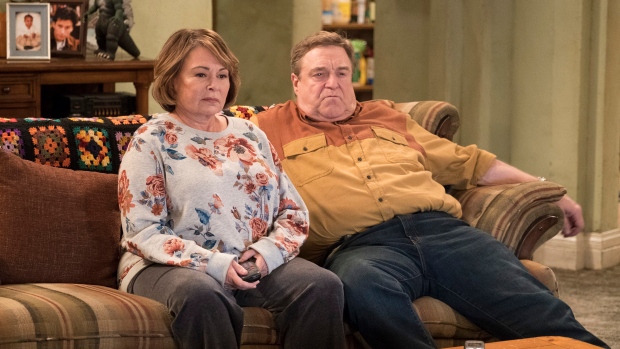 ABC cancelled "Roseanne" after Roseanne, once again, went off on a racist tear.

ABC has pulled the plug on “Roseanne.”

“Roseanne’s Twitter statement is abhorrent, repugnant and inconsistent with our values, and we have decided to cancel her show,” ABC Entertainment president Channing Dungey said in a statement.

Having managed to be so vile as to be kicked off Twitter, a darling of the white supremacy market complains about how hard it is to be him. Vice: The provocateur made no mention of the harassment that landed him in social media jail. Nor did he touch on being forced out of Breitbart the […]

Why is the American news media so very afraid to just call Trump’s racist tweets racist? We had another chance to see cowardice in action on Sunday.