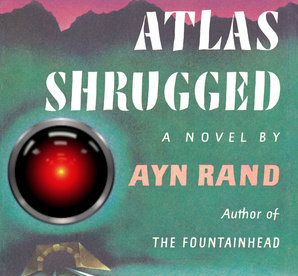 Why does Elon Musk think that AI is going to kill us all? Why do so many "rationalist" techbros assume that he's right?

As I've written before, science fiction isn't very good at predicting the future, but it's great at predicting the present: tell us what futuristic phenomena you fear and hope for and we'll know what fears about yourself and your relations with the people around you are lurking, possibly unacknowledged, in your psyche.

Since the first robot story -- Capek's RUR -- a recurrent theme has been downtrodden robot workers rising up against the human masters who enjoy luxury and plenty thanks to their endless toil and destroying us. It does not take a rocket scientist to understand what, exactly, this is a parable for.

As various writers (me, Ted Chiang, Charlie Stross) have written, the fear of an AI gone mad evinced by so many boosters of shareholder capitalism is a strong tell that these captains of industry are terrified that the corporate artificial life forms they've created and purport to steer are in fact driving them.

Katherine Cross writes beautifully on this theme, specifically on the aspiration to be "rational" and the belief that on the one hand, rationality demands that you live in exploitative relationships with the people around you, and, on the other hand, that the robots we're creating will decide to molecularly disassemble us to make more computronium.

To look at our latter-day titans of industry, like Musk, is to see capitalism’s techno-utopian form at its purest: the CEO as a Tony Stark–esque rock star inventor who can save the world. But Musk’s Tesla corporation isn’t terribly different from what’s gone before, except that unlike traditional car manufacturers, his won’t permit its workers to organize into trade unions. The endless production of capital is what counts—no matter who gets hurt along the way. The mythology of these corporations endlessly pursuing profit as a measure of their desire to build a better world has become endemic to any tech-startup narrative. And Musk’s Tesla is the ur-example of the genre.

So why would our tech barons, and their legions of anonymous libertarian groupies, create these depraved scenarios? They fear that a true AI will be too much like them. Like Rush Limbaugh claiming to have had a nightmare about being a “slave building a sphinx in a desert that looked like Obama,” privileged people who fear an AI rebellion always imagine it in exploitative terms that mirror their own ideologies. They fear their ethics being turned back on them.

Once you extol emotionless logic as the ideal form of thought, then you’ll fear becoming the rounding error in someone else’s logical calculations. When you routinely exploit others through capitalism, then you fear being exploited in turn. For men like Musk, the shape of their nightmares is determined in precise detail by their dreams.