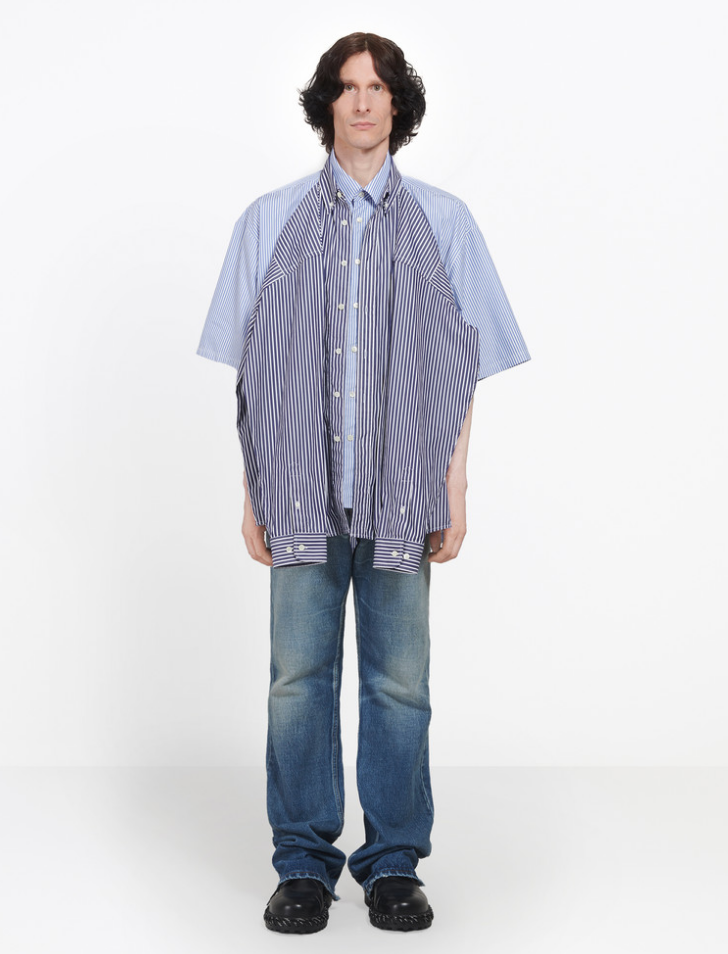 The designers at luxury fashion house Balenciaga are taking "dress in layers" a smidge too literally with their Double Shirt.

The striped garment is part of their Men's Fall 2018 collection and features a long-sleeved shirt attached to a boxy, short-sleeved shirt.

If you're looking for a more economical shirt-on-shirt option, try their T-Shirt Shirt for $1,290.

This gentleman decided on the shirt-shirt's DIY version:

I just made my own Double Shirt and it didn't cost thousands of dollars! pic.twitter.com/8daWqAGy7C