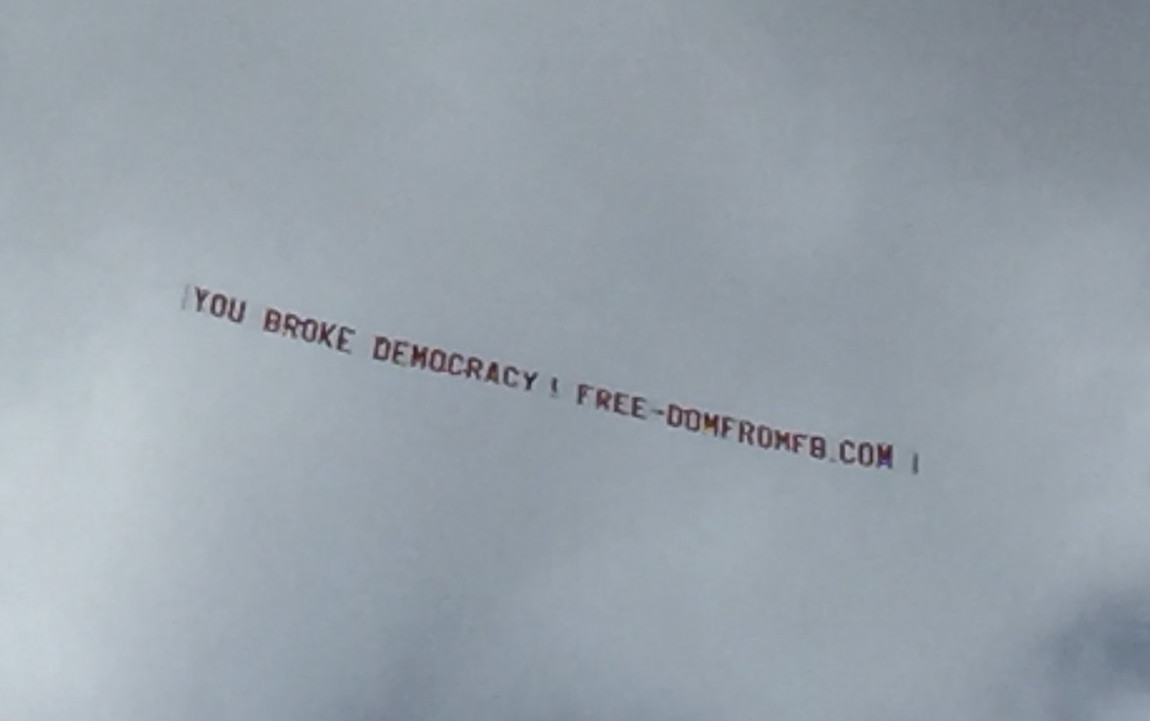 Facebook's corporate structure allows Zuckerberg to overrule his board of directors and shareholder by giving extra votes to a special class of shares that Zuck gets to hold -- similar to the structure of Google or Rupert Murdoch's Newscorp.

So when shareholder motions come before the company during its annual meeting, Zuckerberg can simply ignore them, as he did this week, during a shareholder meeting whose contentiousness was as unprecedented as it was ineffectual.

Shareholders scolded Zuckerberg for a string of company gaffes, even as a plane flew overhead trailing a banner that read "YOU BROKE DEMOCRACY" (courtesy of Freedom From Facebook, which lobbies regulators to break up the company).

More meaningfully, shareholders presented a motion to force the company to be more transparent and head off future business-harming scandals, which Zuckerberg summarily voted down.

Zuckerberg insisted that his refusal to contemplate pro-transparency proposals did not mean he was opposed to transparency.

Minutes earlier, the company announced that shareholder proposals for more transparency and oversight had failed, surprising no one. Zuckerberg controls the company through special stock that gives him more votes than other shareholders. Facebook said that just because the proposals were blocked, that didn’t mean the company doesn’t care about these issues. Zuckerberg and the board may just have different ideas about how to solve them.